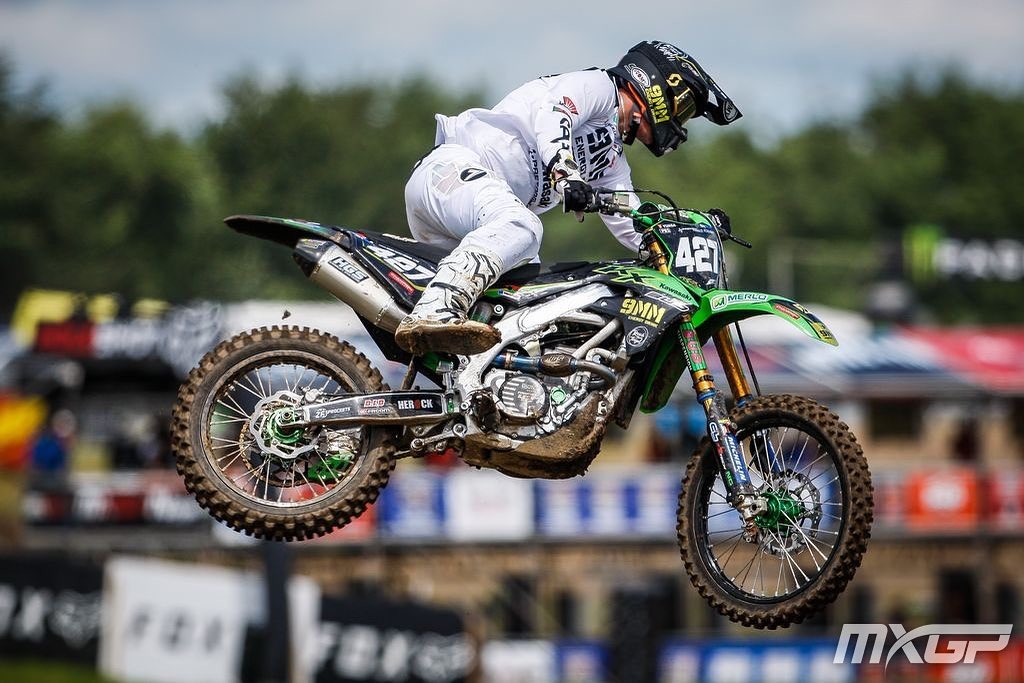 Round six of the EMX250 Championship heads to Lacapelle Marival this weekend in France, with Norwegen Hakon Fredricksen claiming the opening win.

SM Action racing team’s Kevin Horgmo grabbed a huge holeshot in the opening EMX250 Moto, leading for the first few corners until he makes a mistake down one of the jumps, throwing him completely off the back of the bike, putting him down mid pack.

VRT KTM racing team David Braceras had a huge off on the start of the first moto, which left the spaniard to remount and ended up finishing down in twenty first position. Meanwhile Liam Everts had a decent start, heading round mid pack in fifteenth and eventually made his way up to a solid tenth place finish.

Fantic rider Nicolas Lapucci and Rockstar Energy Husqvarna rider Maxime Grau both go down mid moto, as Fredericksen moves up into the lead, followed by Cornelius Toendel and Tom Guyon, until Bonacorsi made the move up into third place.

VRT KTM Racing team Brit rider Eddie Jay Wade finishes the first moto in nineteenth place, after struggling with a bad start. However Fredricksen claimed the moto one win with a decent gap ahead of Andrea Bonacorsi.