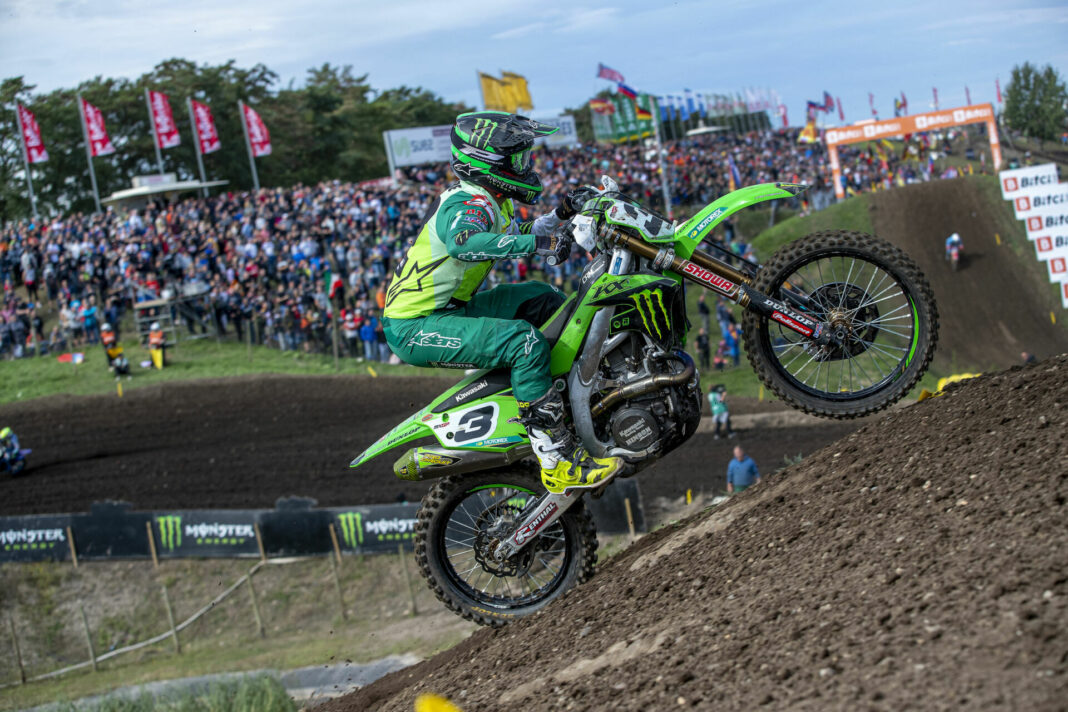 Monster Energy Kawasaki Romain Febvre shot to moto one victory this morning on home soil, at the Lacapelle Marival circuit for his home MXGP in France.

Red Bull KTM’s Jeffrey Herlings grabbed a textbook holeshot for the opening MXGP moto today in France, followed by Monster Energy Yamaha’s Jeremy Sewer and Monster Energy Kawasaki Frenchman Romain Febvre on the opening lap. Febvre then made a pass on Sewer to move up into second place, as he went on the hunt after Herlings.

Par Homes Husqvarna rider Josh Gilbert had a great start to the first moto, sitting in thirteenth, as SS24’s Shaun Simpson seemed to struggle sitting at the back of the pack, and eventually retiring. This weekend we are also missing another Brit of Hitachi KTM’s Adam Sterry, as he suffered a broken hand in Germany last week.

Febvre parks Herlings on one of the tight hardpack corners to move up into the lead, as Red Bull KTM Antonio Cairoli made the pass on Jeremy Van Hoorebeek to move up into fifth place with around 8 minutes left on the clock.

Herlings almost managed to take the win back from Febvre on the last few corners, but the frenchman managed to hold it together to claim the race one win ahead of Herlings and Sewer in third position.

Your top ten MXGP race one