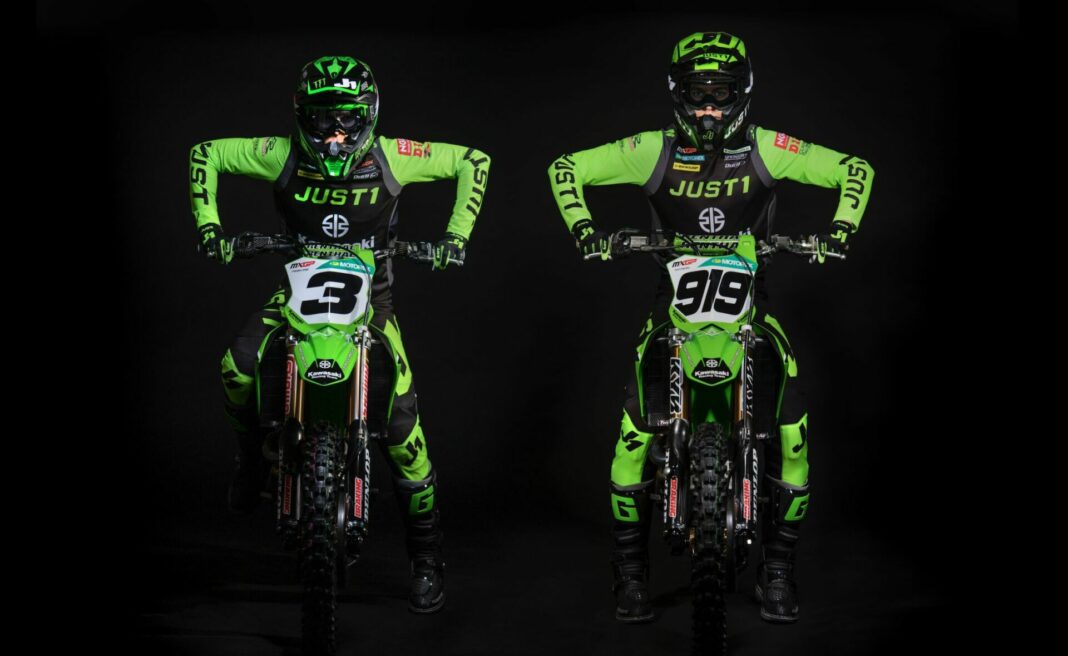 Kawasaki Racing Team’s MX1 contender Romain Febvre will miss the MXGP season opener due to an Injury sustained at the Paris Supercross in November.

Kawasaki Racing Team continued their build up to the 2022 MXGP season with a studio shoot for team members at their workshops in Lommel on February eighth.

With Romain Febvre making progress in his bid to regain full fitness, which means he will be out for the first round of the MXGP Championship season, Ben Watson buoyed by an overall podium performance at the Lacapelle Marival Masters, the riders and entire team staff met for the first time wearing their new Kawasaki apparel while making the final logistic arrangements to cross the water from Europe to the UK for the final pre-season event at Hawkstone Park. This will be followed by first MXGP of 2022 at Matterley Basin in Hampshire.

“We are really starting to create a formidable team spirit in these past weeks since the official announcement was made”, commented, Team Manager, Antti Pyrhonen. “Now all team members have their apparel, and we are seeing Romain and Ben make individual progress. We are really looking forward to meeting the Kawasaki fans at Hawkstone Park and adding the final pieces to the preparation jig-saw before we enter the paddock at Matterley Basin for the first time as an official Kawasaki factory team. We know it’s a big responsibility but there is a real sense of anticipation and optimism right across the team and we are all relishing the challenge.”