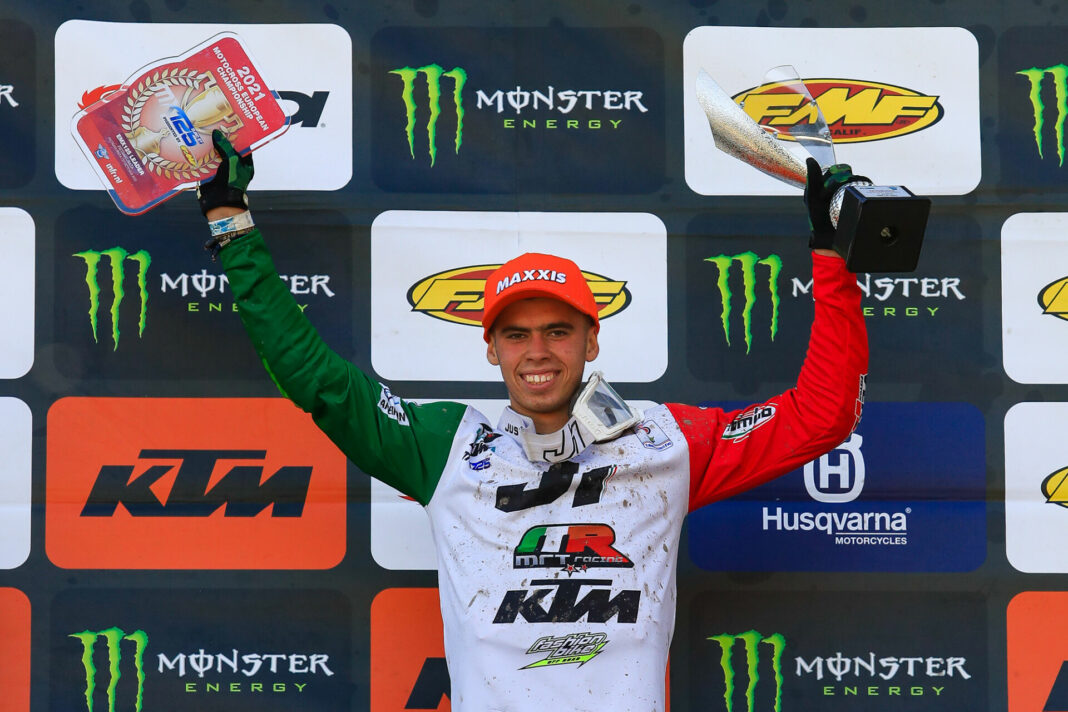 Bud Racing Kawasaki Lucas Coenen shot out the gate at Mantova, grabbing another Fox Holeshot at the sandy Italian circuit to add to his collection. Followed by Yamaha rider Ferruccio Zachi just on his tail, with ASA United GasGas Brit rider Bobby Bruce sitting around fifth during the opening laps of the first moto.

However Bobby then made his way up to second place, with Husqvarna rider Cas Valk following just behind as Championship leader Lata sat down in forth, and eventually finished up in sixth position, which was all he had to do to win the EMX125 Championship in Mantova. Bobby’s bike then completely stopped going up one of the hills, causing him to DNF the first moto.

EMX125 Newcomer Lottie Van Drunen, qualified in 31st position on board her pink KTM machine, and showed some great riding and skill pushing through the field finishing up in 24th position out of the total field of 39 EMX125 riders.

Valerio Lata then rounded up the first moto with a sixth place finish, which won him the championship title, followed by Bobby Bruce claiming second in the championship, with Lucas Coenen grabbing third. He went on to win both EMX125 Moto’s for the day in Mantova, also giving him the overall result.