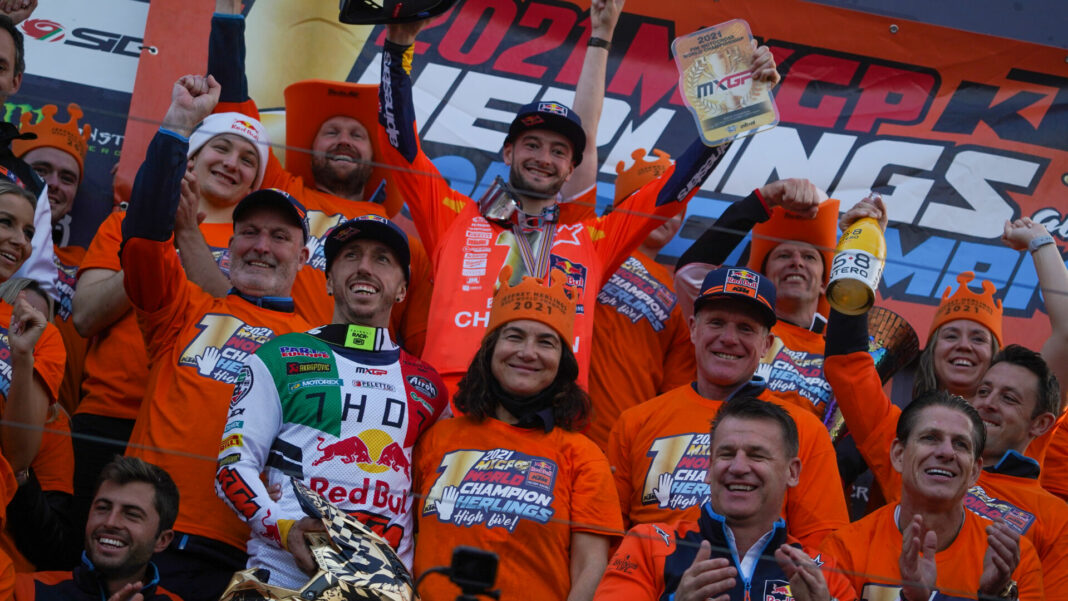 Heading into the second moto it was Monster Energy Kawasaki Romain Febvre that shot through for the Fox Holeshot leaning across the front of Herlings on the inside of the start gate. Heading round the first corner it was Herlings, Febvre, and HRC Honda Tim Gajser following behind in third position.

Herlings then made the pass on Febvre to move up into the lead, and then started to pull a gap on the Frenchman, just as Febvre made a mistake, quite literally throwing his championship out the window. This then allowed Gajser to pull up into second place, just as Red Bull KTM Jorge Prado and Monster Energy Yamaha Jeremy Seewer had a huge battle on for fourth and fifth position.

JM Honda Racing Henry Jacobi also retired early from the second moto of the day, just as the battle continued further up the field with the front runners as Jeffrey started to pull away from Gajser in second position, as seewer then started to push the close the gap on Febvre sitting in fourth place.

Herlings went on to claim his second moto win of the day, followed by Tim Gajser, Romain Febvre in third, Jeremy Seewer in fourth and Brian Bogers rounding up the top five. Jeffrey went on to be crowned the 2022 MXGP World Champion for the fifth time, followed by Romain Febvre grabbing second in the championship, and Tim Gajser placing third.