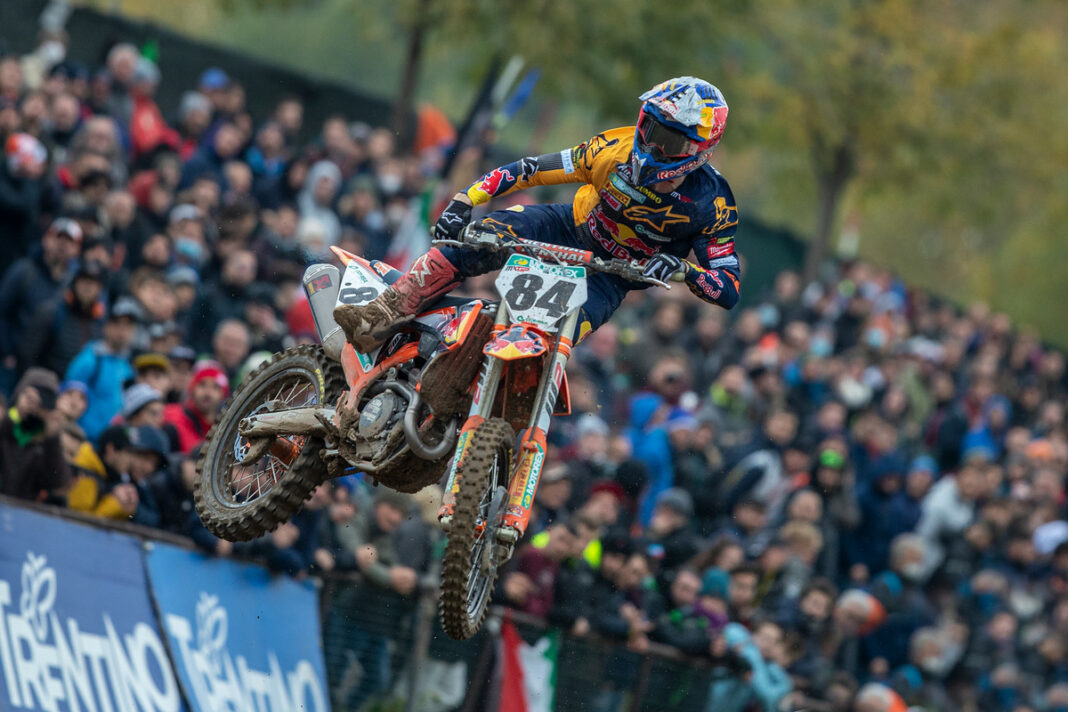 In true Herlings fashion, he wasted no time in pushing through the pack into fourth, as Prado and Febvre battle out front as he tried to make the pass for the lead. HRC Honda Tim Gajser went with them also, pushing his way into fourth place.

Red Bull KTM Antonio Cairoli then came together with Jeremy Seewer cleaning them both out, causing Antonio to DNF with a broken gear lever. Herlings then moved up into first place past Febvre and Prado, as the chase continued.

Herling pulled away from Febvre taking the race win, as Gajser almost Made the pass on Febvre for second position. Everything is up into the air still for the championship win as the herlings and Febvre go into the last race of the season tied on points.