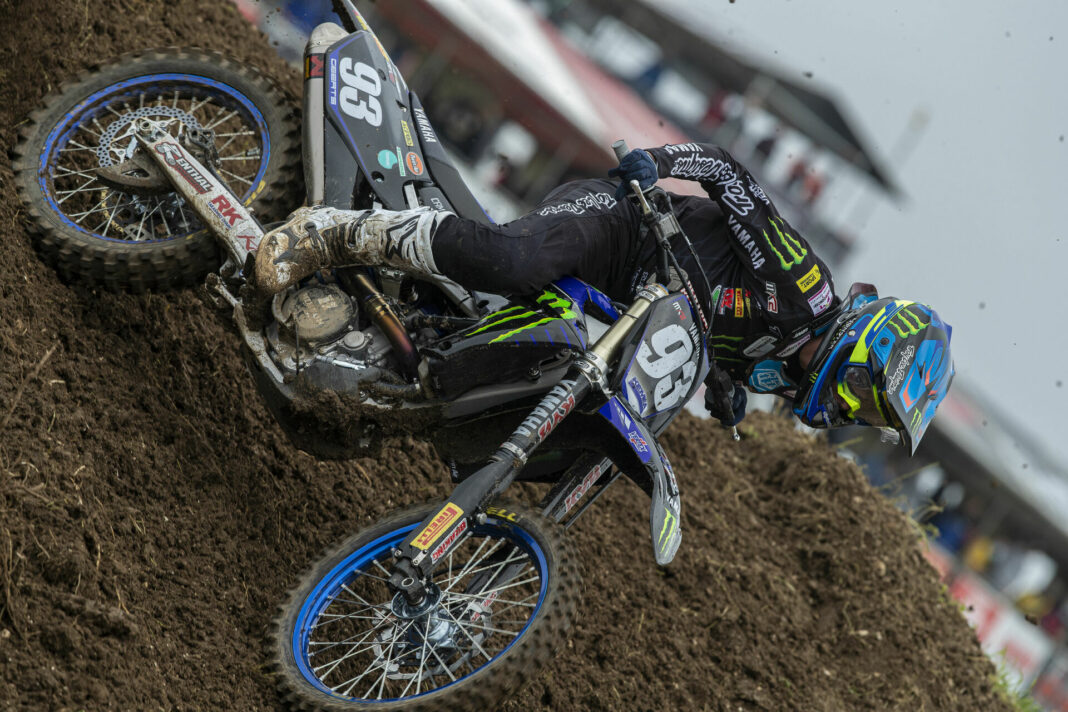 Monster Energy Yamaha Jago Geerts wrapped up another race win in the MX2 moto one class in Mantova, at the final round of the series.

Red Bull KTM’s Tom Vialle storms another Fox Holeshot again this Wednesday for the start of the first MX2 moto of the day in Mantova, followed by Monster Energy Yamaha’s Jago Geerts chasing him right behind in second, and Red Bull KTM’s Rene Hofer in third.

Hitachi KTM’S Conrad Mewse grabbed a decent start to the first MX2 moto of the day in Mantova, sitting fifth into the first corner, then shortly dropped down to fifth in the opening few laps, where he sat in ninth place closing the gap on F&H Kawasaki’s Mikkel Haarup.

Geerts then made the pass on Vialle, as Hofer has a huge off crashing out of third place and cleaning out his team mate Red Bull KTM Mattia Guadagnini ni the process, moving Rockstar Energy Husqvarna Kay De Wolf into third position.

Vialle then pulls into the pits due to a mechanical issue, which then moved the rest of the pack up with De Wolf in second, Renaux in third, Beaton forth and Mikkel Haarup in fifth with five minutes to go.

Geerts then went on to claim the MX2 race one win, followed by De Wolf, and Renaux wrapping up the top three.