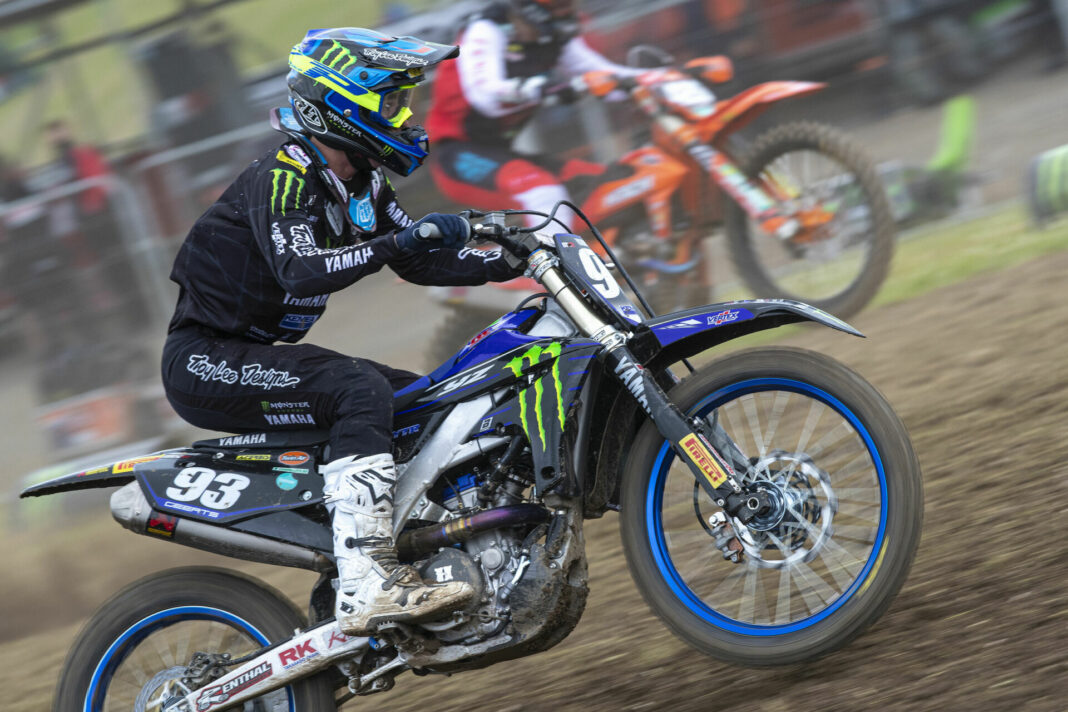 Monster Energy Yamaha Maxime Renaux finished the race season off with a moto two in in Mantova, for the final race of the series.

Red Bull KTM Mattia Guadagnini grabs the fox holeshot for the final MX2 race of the season in Mantova, with Monster Energy Yamaha Jago Geerts hot on the italians tale for the opening lap of the moto, followed closely by MX2 Championship winner Maxime Renaux.

Hitachi KTM Conrad Mewse had another great start to the moto sitting in fifth, as Geerts hits neutral heading over one of the jumps, allowing Renaux to move up into second, as he then made the pass on Guadagnini pretty much straight away into the lead.

Rockstar Energy Husqvarna’s Kay De Wolf had a decent race also, chasing down a sixth place finish just ahead of teammate Jed Beaton. Red Bull KTM Tom Vialle however did not return to the last MX2 moto of the season due to a heavy landing in the first race, causing damage to his wrist.

F&H Kawasaki Mikkel Haarup had a strong ride sitting in sixth for the the majority of the race, fighting off Kay De Wolf for sixth position. Mewse then moved up to fifth position, as De Wolf made the pass on Haarup to move up to sixth place for a podium finish.

Geerts then made a small mistake on the last lap, but still claimed second place, with Guadagnini just behind with Rene Hofer fourth, Conrad Mewse fifth and Kay De Wolf sixth place.