Home Motocross MXGP MXGP Città di Mantova: ‘All three of us charged to the last... 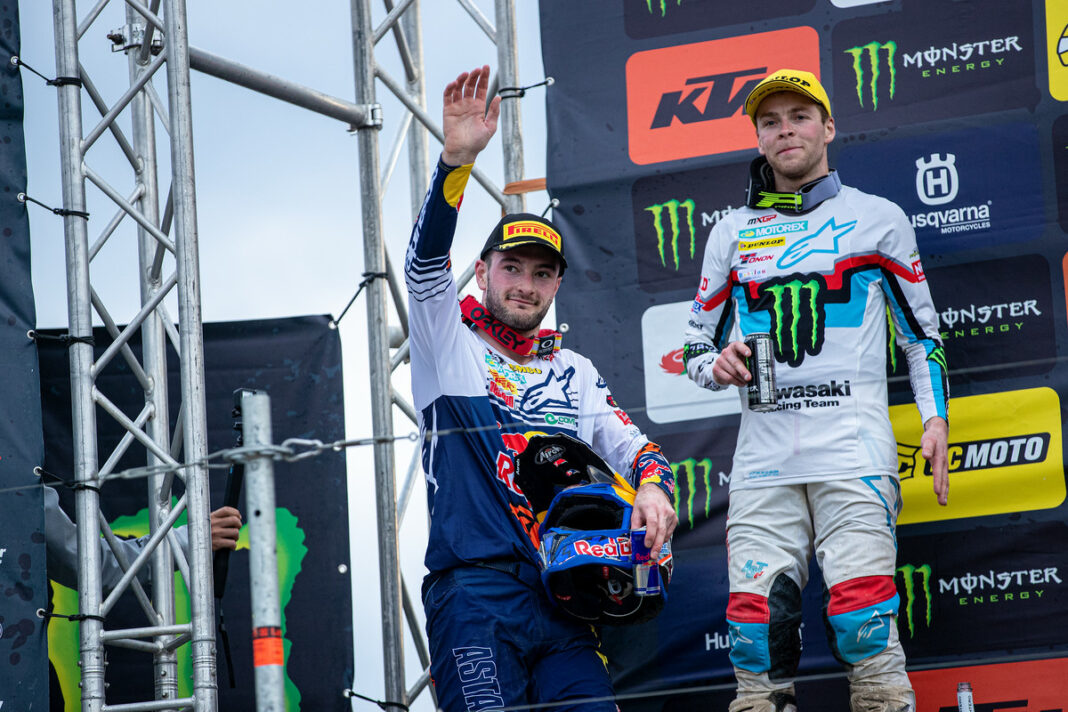 Red Bull KTM Jeffrey Herlings claimed his fifth World Championship title this Wednesday at the Italian Mantova circuit, with a one one scorecard.

After a hectic few weeks, the Bullet played it safe and was consistent during both of today’s MXGP Motos claiming two race wins ahead of Monster Energy Kawasaki Romain Febvre.

“I am super hyped, but at the same time I feel bad for the two next to me,’ Jeffrey explained in the post race press conference.

“I know how it feels. It feels like the end of the world when you miss out, I had it in the past so I will thank them both for a great championship. The bad thing about it is only one can win and I respect both of them to the moon and back so thank you both for a great year.”

“Today was good, I definitely felt the pressure you know I’ve hardly slept for a week, thinking of both scenarios like will this happen or will that happen, at the end of the day I think we really worked hard and yeah we won the championship. It wasn’t an easy one, I think all three of us kept charging till the last moto and the pressure was on.”

“I did not crack under pressure and I made the championship happen, Im happy with it, it was my most difficult championship win ever, I needed nerves of steel the last few weeks but we made it happen so Im looking forward to next year.”

“My riding was terrible in the last few laps, especially in the first moto I was just so scared to crash, so I was riding cramped and getting arm pump, and I managed to still get the win. In the second moto it was the same I didn’t want to go full gas because I didn’t want to crash I wanted to be in my comfort zone, I was thinking Tim got closer, but Im very happy that didn’t happen and to go one – one on the day, it’s still really really good.”