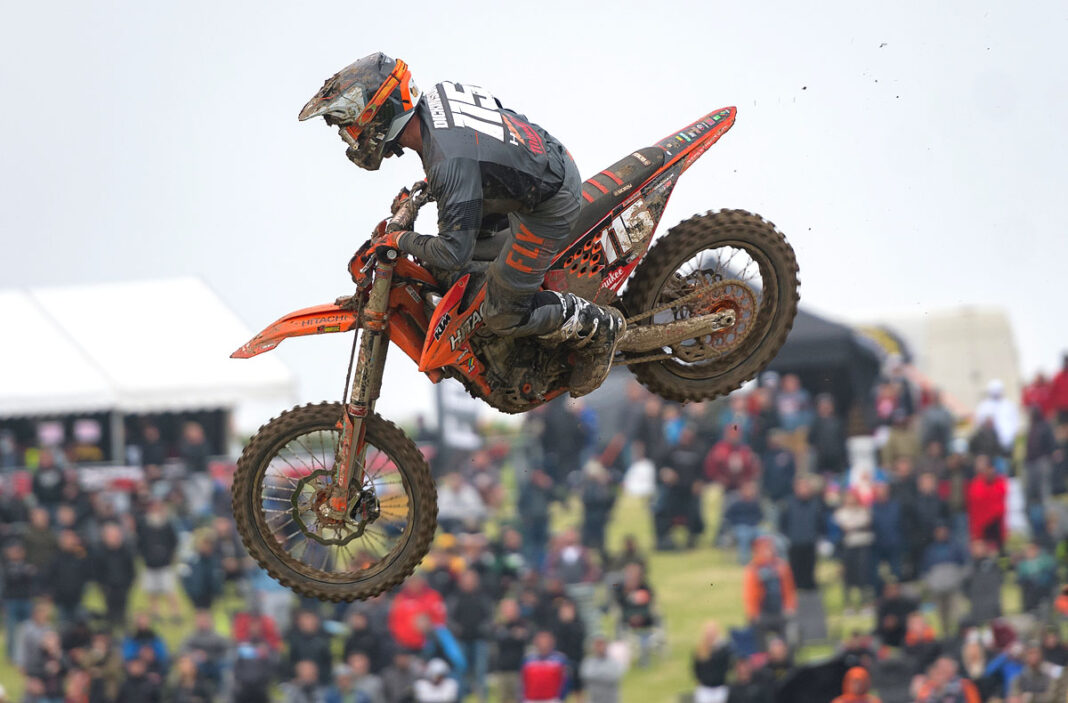 Hitachi KTM new MX2 signing Ashton Dickinson made his debut for the team this weekend for round two of the FIM World Motocross Championship at Matterley Basin.

“A good positive weekend at Matterley for the home GP, I’m really happy i’ve signed for Hitachi KTM for the remainder of the 2021 race season, the team has been amazing,” he said.

“It was a shock but a good one to say the least, it’s a really great team very family orientated so it’s perfect for us.

“I got off to a good start, I got a decent qualifying I was only two seconds off the pole time so that was perfect for me, in the first race I didn’t get the best of jumps I got around the first turn in a decent position and I then fought all the way up to twelfth, then I got into a little bit of a battle with Taylor Hammal so we were going at it for a couple of laps.

“I then ran into a bike issue I think it was around four laps to go so I had to manage that, so I came home in fourteenth. I was happy with that, I got some good solid points.

“Moto two, I got a pretty bad jump out of the gate but managed to come round the first turn pretty decent, I think I got up to fourteenth again for a lot of the race, then I had a little bit of a fitness issue but I brought it home in nineteenth, still in the points.

“Overall im really happy with my ride, it was my third time on the bike so it was a lot of new stuff a lot of changes, so I can build on this performance now and come out again in Italy really strong. The fans at Matterley were amazing, I heard them every single corner so that was mega.”