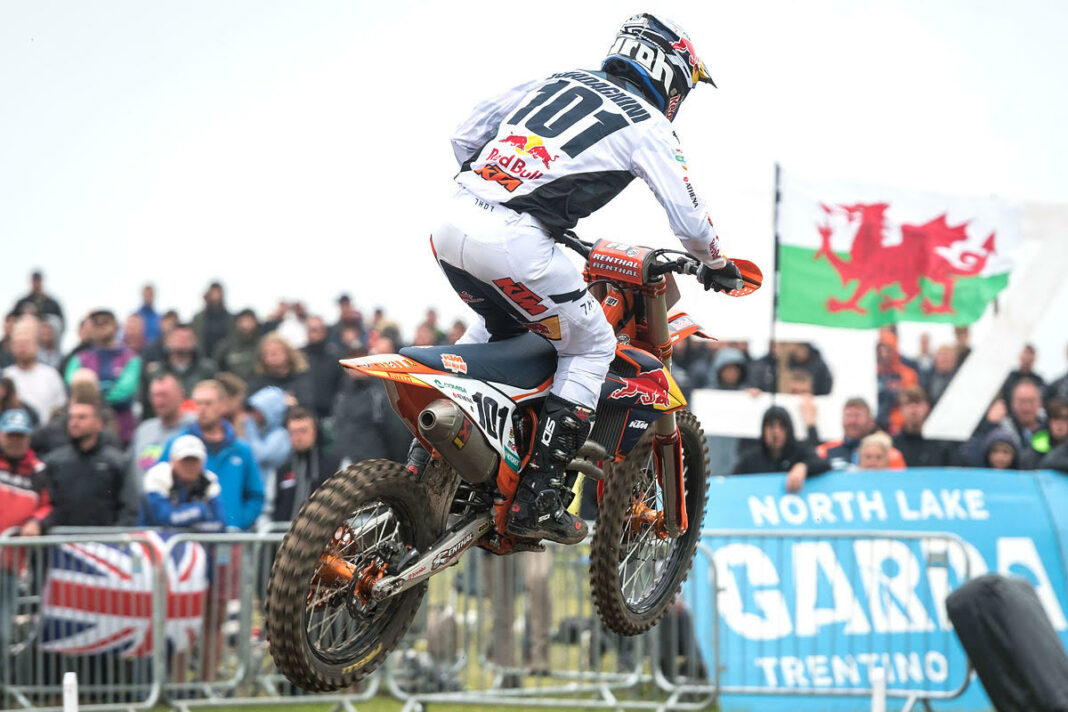 Grabbing a solid fourth place in moto one, and a race win in moto two, this gave Guadagnini a boost for championship points before heading to round three next weekend in Maggiora.

“It’s been amazing, I just felt really good and I enjoyed racing here,” said Guadagnini, speaking at the track.

“I just enjoyed the racing, I made my race, and I got the win, so I’m really really happy about the first moto win and the podium so It was an amazing weekend.

“Coming into my home GP, it’s always something special. I want to do my best as I am doing now, and to go better and better every race It’s just my second GP so a podium isn’t too bad. I will do the same in Maggiora and do my best.

“It’s amazing being on the factory team, It’s something I’ve dreamed of since I started racing, also to have Antonio and Jorge as teammates it’s amazing, we can train together and push and as we say the good work makes the race good, so I’m really happy and I’m really enjoying it on the team.”