Home Motocross MXGP MXGP Britain: ‘It was nice to make a gap on Jorge’ –... 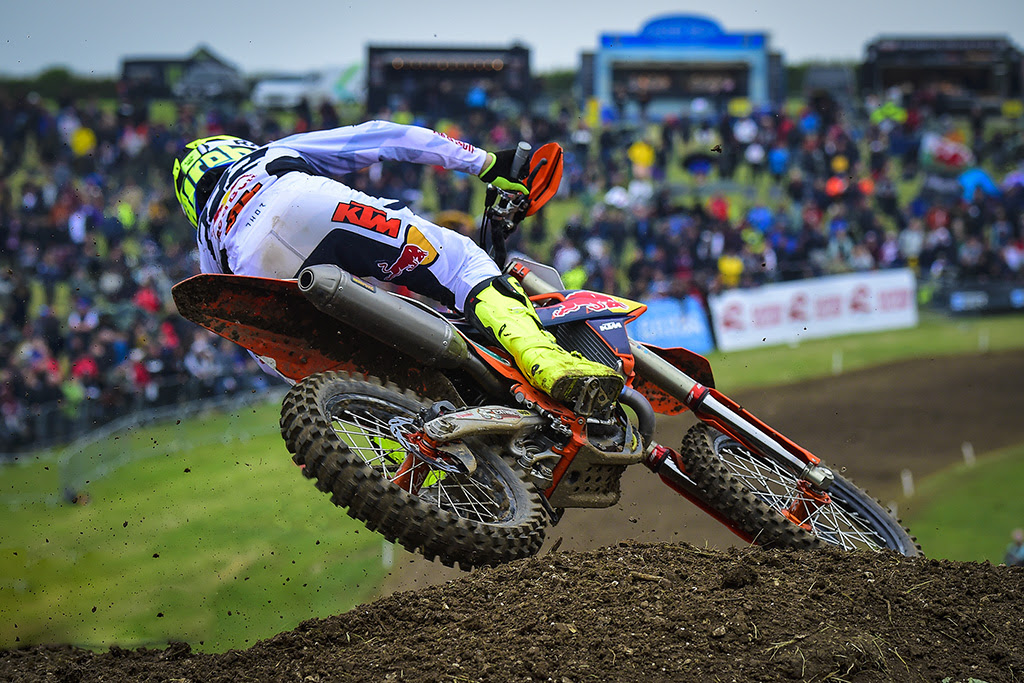 Speaking after claiming his 93rd MXGP win, Cairoli talked about his injury recovery and moving forward in the quest to claim his tenth World Championship title.

“Yeah I actually enjoyed more of race two to be honest, as there was a lot more passing and nice to make a gap on Jorge,” he said.

“I just wanted to push as fast as I could, after a disappointing weekend in Russia last week, I was really not happy about this mistake. We lost a lot of points but of course today was very good race and I really enjoyed the track.

“I ran short of breath during the second race in the last four laps, the guys were pushing hard. It was easy to make a mistake, as I was getting really really tired, so I thought let’s just bring it home and make this 93rd GP victory happen.

“Heading into next weekend, it’s not one of my favourite tracks at all. Its of course nice to race in Italy, I hope we have a good crowd I’m not sure if many people can come to the race. It’s always nice to have people like we have had today cheering for you, it’s just what we are racing for you know, mostly for the fans but also for ourselves so it’s nice to have them cheering for you around the track.

Speaking about th injury he suffered last year, Cairoli said, ‘I’m in better condition now than 2019 and 2020, I’m still not one hundred percent with the knee, I feel a little bit sometimes when I put my foot down too hard in the corner it isn’t really helping, it’s just needs some attention, so in the left corners I still need to stay a little bit off and not give one hundred percent, it’s difficult as I need to push, to overcome this disadvantage.

“I really feel ok, hopefully we can improve a bit more on fitness and then improve on the race. I enjoy riding still, so when you are older and have a lot of problems with your health, it doesn’t matter when you are twenty and you break a finger its nothing you go with it you don’t really care, when you are 36 and you have some trouble somewhere you really struggle more than the normal.

“I just feel better a bit better and finally I can concentrate on running a little bit after two and a half years, so that will make me feel better physically and also mentally.”