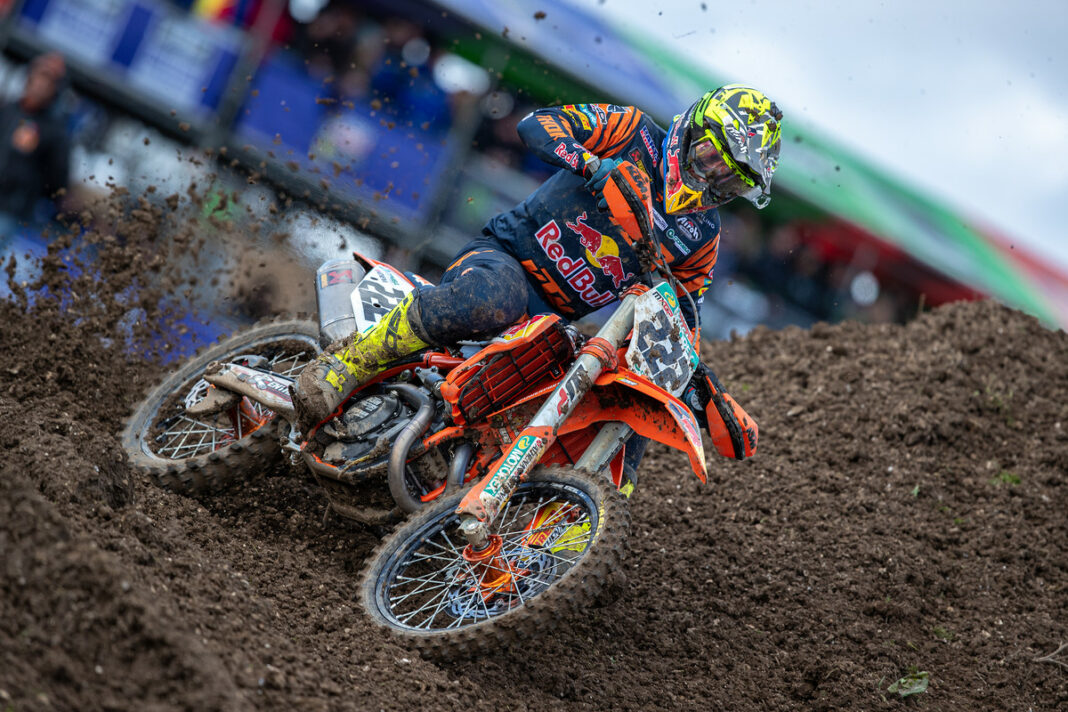 Heading out for timed practice on the prime Matterley Basin track for the stacked MXGP class, Cairoli put in an early fast lap onboard his KTM, but was soon knocked off the top spot by Standing Construct GASGAS rider Pauls Jonass, but still managed to claw it back ahead of teammate Jeffrey Herlings.

Moto two is where we saw Gajser play the comeback game as his did at round one in Orlyonok, pushing and pushing on the back of Monster Kawasaki rider Romain Febvre, right up until the last lap where he made the pass to take the moto two win.

This meant Gajser just missed out on the overall win by two points to Cairoli. As the rain started coming down in the valley at Winchester as riders started to loose grip sliding out and making mistakes throughout the rest of the moto, with Brit rider Watson grabbing a great tenth position and Sterry a solid fifteen position in the pack.