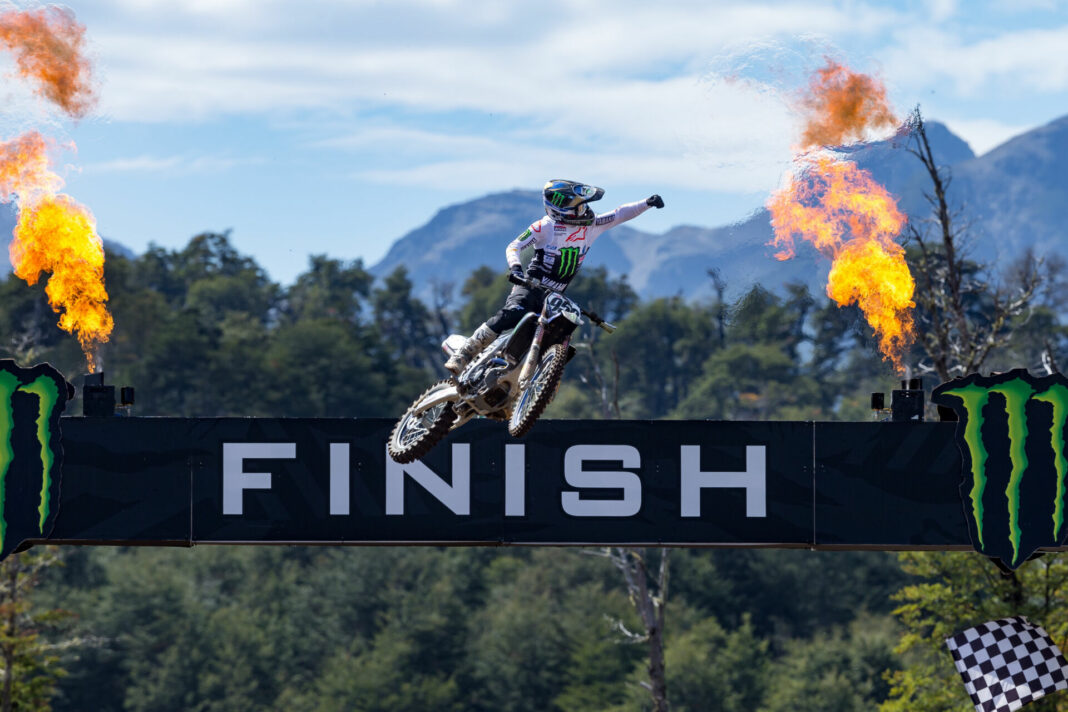 Renaux put in a sensational ride during his first-ever visit to Patagonia as a 450cc rider. The twenty one year old Frenchman powered his YZ450FM to a top-three start and rode twenty incredible laps, nine of which he led after inheriting the lead on lap twelve, to secure his first-ever premier class race win.

“I had a really good day, I am happy with it.” said Renaux. “It did start slowly yesterday, but step-by-step, we made some improvements on the track. I could win the first moto after a nice battle with Tim, which I had to fight to the end.”

“The second race was a different story without a good start, but I could pass everyone except Tim, which was good. I couldn’t ask for more in my first season in MXGP; I just want to keep going like this, keep it on two wheels because that will be really important, and try to be inside the top-three every time.”