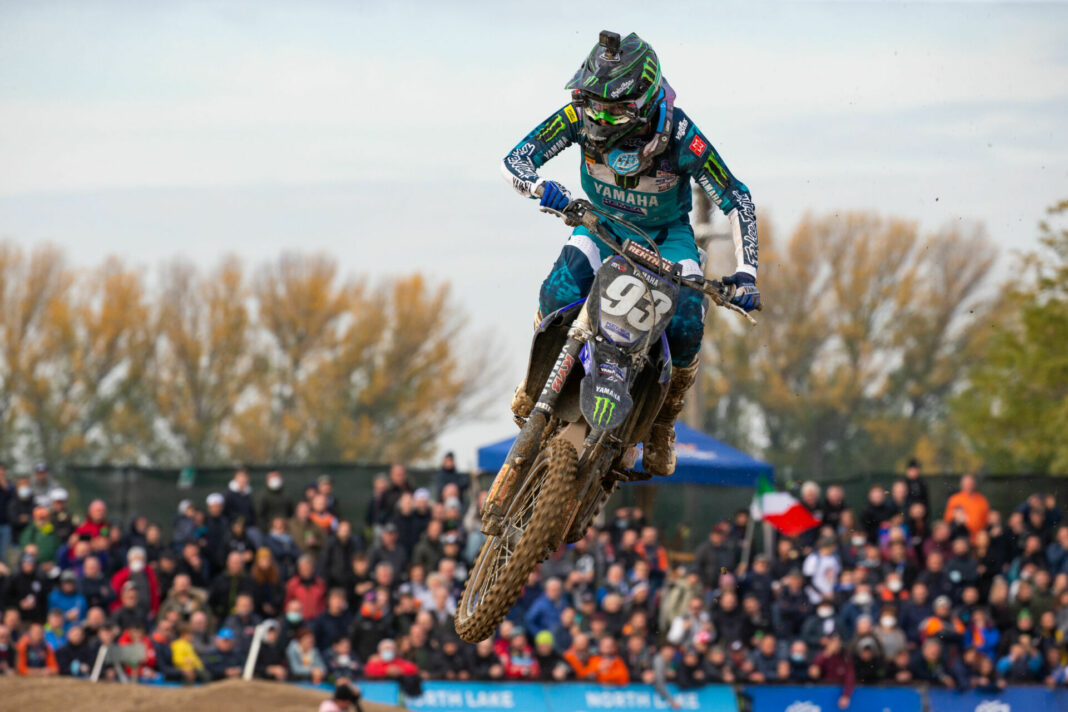 Red Bull KTM’s Tom Vialle grabbed the holeshot for the opening moto of the day in Argentina, as Vialle and Geerts battled throughout the full moto for first place, followed by the Red Bull GasGas rider Mattia Guadagnini rounding up the top three.

Dixon racing Kawasaki’s Mikkel Harrup then crashed out of fifth place, just as Nestan Husqvarna’s Kay De Wolf and 114 Honda’s Simon Langenfelder both went down with De Wolf knocked clean out, and Langenfelder going over the bars.

Meanwhile Brit rider Conrad Mewse had a great finish to the first moto of the weekend, as he grabbed sixth position just ahead of F&H Kawasaki’s Kevin Horgmo.

Your top ten MX2 Race one