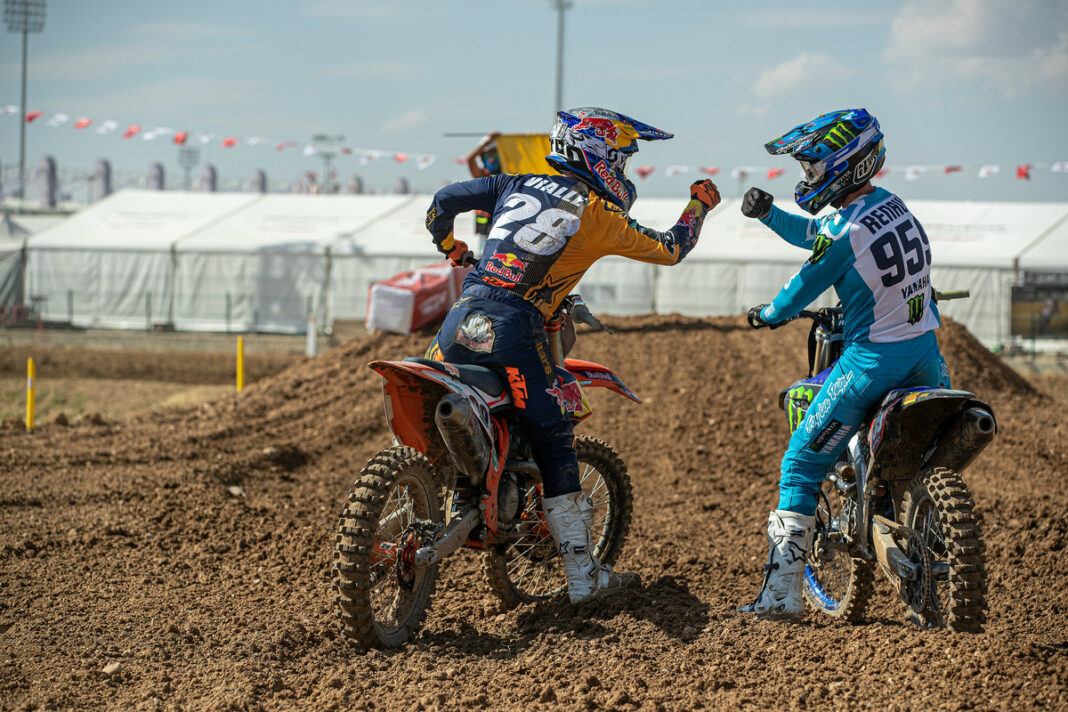 With Vialle grabbing his fifth holeshot of the season in the second MX2 moto of the day in Afyon, followed by race one winner Maxime Renaux heading into the opening lap on the now rough hardpack circuit.

As more and more hard tricky ruts start forming at the hot Afyon circuit, it was Kay De Wolf who crashed out whilst chasing down his team mate Jed Beaton but managed to remount and finish in eighth position, just as beaton starts putting the pressure on third place man Monster Energy Yamaha rider Thibault Benistant, and made the move with a few laps to go.

Red Bull KTM team mates Rene Hofer and Mattia Guadagnini battled it out right down the last corner of the final MX2 moto of the day in Afyon, with them both grabbing fifth and sixth position.

Vialle ultimately took the race win followed by Renaux, with both of them landing on 47 points each, but it was Vialle to claimed the Overall win in Turkey.