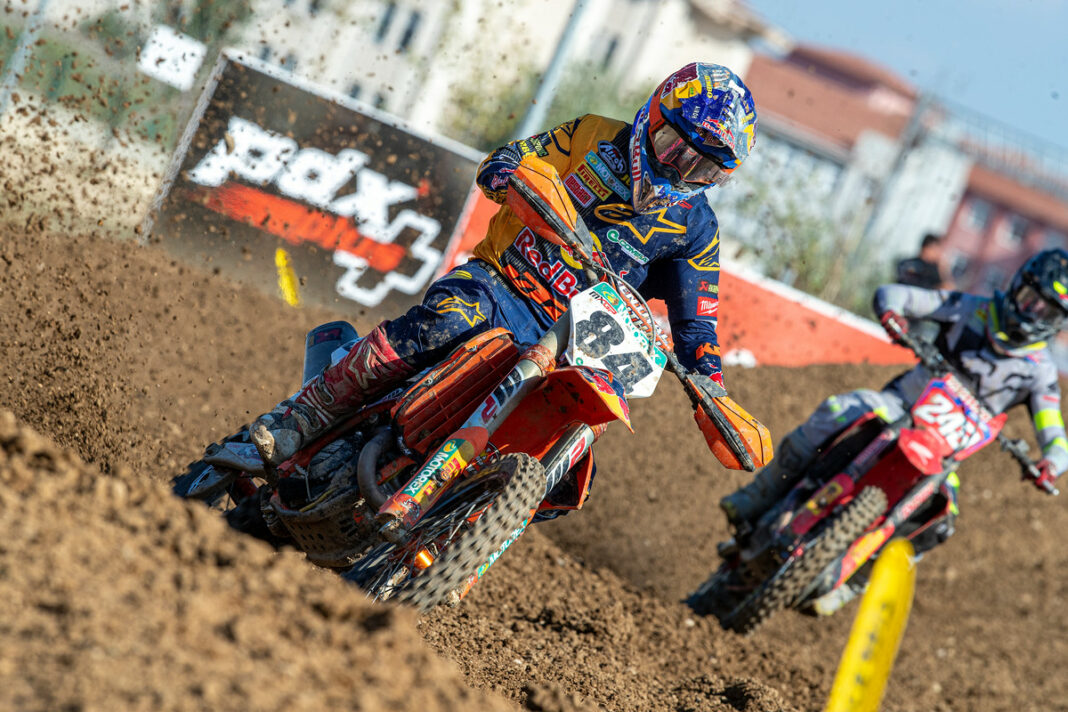 Herlings claimed his second GP win in four days, the third of the 2021 season and the 93rd of his career, winning hald a second ahead his italian team mate Antonio Cairoli.

“I started the day strong with Pole Position and it was important to be on the inside of the gate here, especially against Jorge!” said Jeffrey.

“The first race was good, and busy! I could not really attack because I had Gajser behind me and I had to defend my line but at the same time I had a bit more speed on Febvre. It was so hard to pass on this track.”

“I managed to hold second until the last lap but then Romain made a mistake and I had the win handed to me, so it was a bit of a gift. In the second moto I was looking for lines but again I had to defend and attack at the same time with Jorge and Tim.”

“Tim was faster the second moto. I was struggling a bit with grip. The track got hard and slick and I had a few sketchy moments so at one point I decided to settle for second and minimize the risk. I knew I had the GP win, my 93rd. It’s been a good day and two good races here in Turkey. I want to thank Red Bull KTM for the great bike they gave me.”