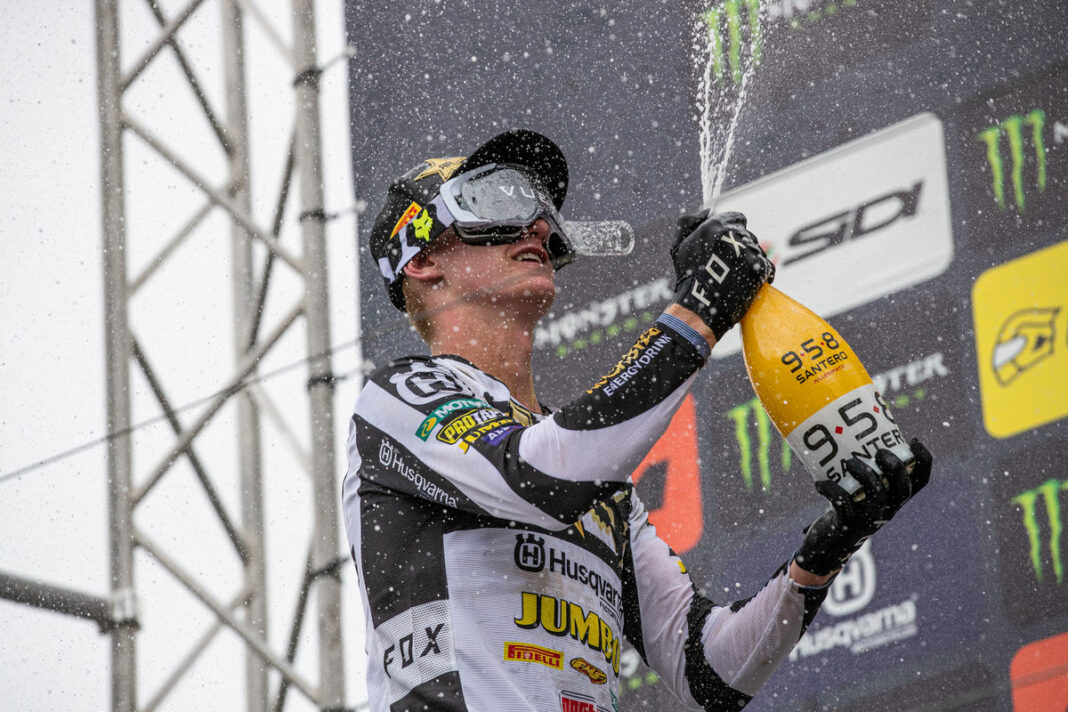 Rockstar Energy Husqvarna young gun Kay De Wolf claimed his first ever MX2 race win at Lommel on sunday, for round six of the championship series.

Each weekend the Dutch rider has been improving, and in Lommel is where it finally paid off for the Husqvarna rider. Grabbing a third position in the first moto of the day, he then holeshotted the second moto and led from start to finish to get his first ever MX2 win, and runner up position on the podium in Belgium.

“What can I say, it’s been another amazing day,’ said Kay. “Winning that second race gave me such an amazing feeling that words can’t describe it.”

“Taking the hole shot and leading every lap, it was just a dream race. I really love the sand, and this track, and today has been really positive for me.”

“This season is going way better than I expected and I’m really excited for another GP on the sand next weekend in Latvia.”