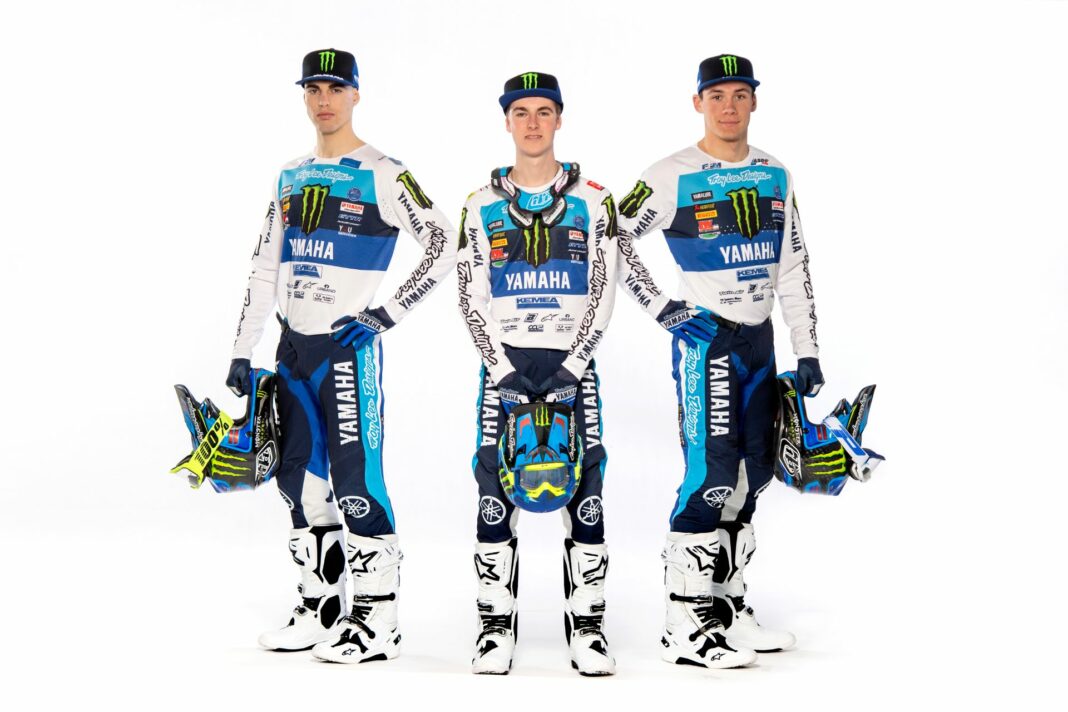 Monster Yamaha have this morning revealed their team colours for the 2021 MX2 season.

Made up of well-established race and Grand Prix winners, Jago Geerts and Maxime Renaux, and strengthened by the addition of last years’ EMX250 Champion Thibault Benistant, the team will see all three riders campaign the factory Yamaha YZ250FM in the hotly contested MX2 series.

Geerts, who enters his fourth consecutive year in MX2 with the Hans Corvers led Yamaha team, won the same number of races as the eventual World Champion in 2020, 14, proving he has the speed to challenge for the crown.

In addition to his 14 race victories, the 20-year-old Belgian celebrated six Grand Prix wins and 12 pieces of podium finishes on his way to his second championship medal – he finished third in 2019 and second in 2020.

“The off-season is going really well. We are still taking it pretty easy because we are still two months away from the start of the championship, but I am riding three times a week,” said Geerts.

I learned a lot in 2020. I learned that the season is long and you need to be consistent during the whole season, and I also learned that everything needs to be 100% with the bike and with myself; otherwise, it is too easy to make mistakes.

“I have been working on these things and I feel like I am ready to fight for the title again. I had the speed already in 2020, I just need to be a bit smarter and a bit more consistent and when I can do that, I will have a good chance at the title.”

Renaux secured the bronze medal and was the winner of MXGP’s Jan de Groot Young Rider of the Year award. He won one race on his way to a maiden Grand Prix win and mounted the podium on no fewer than five occasions.

The 20-year-old Frenchman is already familiar with his new team, having raced for the outfit back in 2015 – where together they celebrated the FIM Junior Motocross 125cc world title.

After achieving his initial goal of finishing a season in MX2 on the podium, Renaux has gone the extra mile this winter in terms of his physical preparation and is determined to accomplish his ultimate goal of becoming MX2 World Champion.

Enjoying a successful start to his MX2 career, after dominating the EMX250 Championship with eight race wins and six round wins, Benistant made his Grand Prix debut at the end of the 2020 season.

The 18-year-old instantly impressed with two top-three race finishes and a top-five overall finish during the three rounds he raced in Belgium and Italy.

Having evolved within Yamaha’s own ranks over the past decade, the young Frenchman has earned his place within the Monster Energy Yamaha Factory MX2 team and is eager to enter the MX2 series as one of the strongest rookies in 2021.