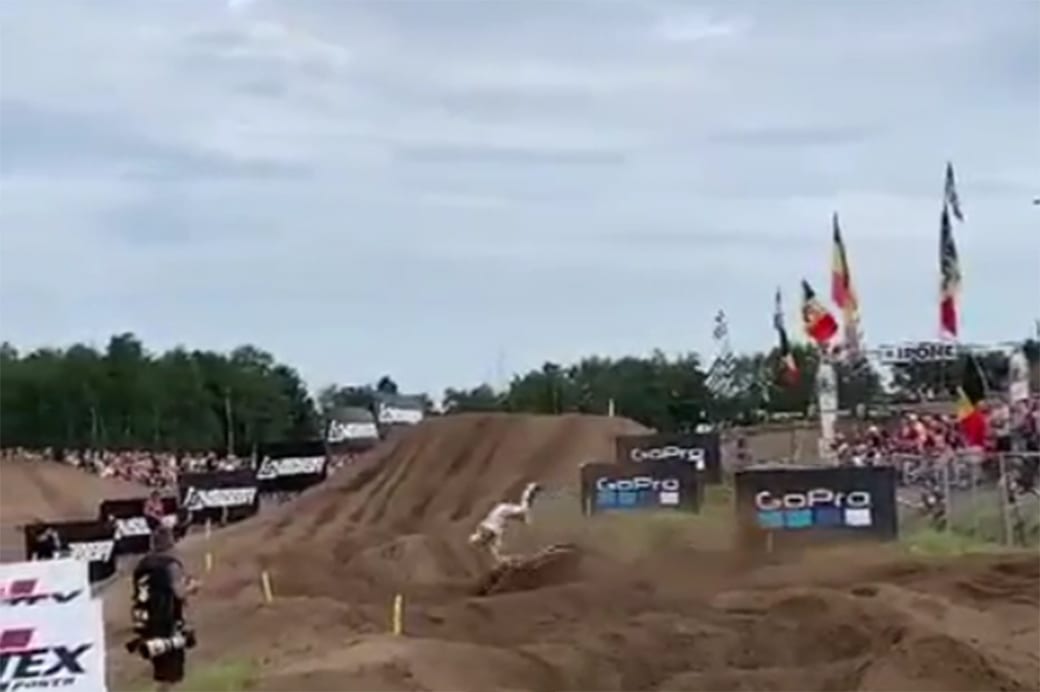 In a social media update earlier today, Max Anstie revealed that due to the risk of his lung completely collapsing, he is unable to fly for the next four weeks.

This news explains why he has had no choice but to rule himself out of the remaining FIM Motocross World Championship rounds. With trips to Sweden, Turkey and China in the run-up to the ‘Nations in Assen, the Brit is faced with not being able to travel to the flyaways.

Anstie also revealed just when he suffered his injury in Lommel, along with footage of the crash. Here’s what he had to say and scroll down to watch the footage he shared…

“Hey guys, not a very good update to be giving you guys – the doctors say I can’t fly for four weeks because my lung could collapse fully. So that’s my MXGP season over.

“I have to see how my healing goes in the next two/three weeks and the docs are keeping a close eye on me and will make a decision after my next few scans.

“Swipe [see Instagram post below] to see my crash from moto two with only five mins to go in Lommel. I just thought I got winded really bad but this was when I damaged my lung. I honestly thought my injuries there were nowhere near as bad as they have ended up being. That’s why I didn’t get properly checked, I genuinely thought I was just a bit stiff.

“Here is the press release from my team…”

Unfortunately after further medical examination, we have to announce that Max Anstie, winner of the second heat at the MXGP of Lommel, has to sit out the coming three MXGPs.

The doctors discovered that as well as dislocating his clavicle (collarbone) in heat one at Lommel, Max also had a small legion on his lung from his crash in the second heat at the Belgian MXGP. Despite this serious injury Max still managed to win in Lommel, as well as get third in time practice and battle for a top-five in the qualifying heat at Imola last weekend. Pushing his body on Saturday at the MXGP of Imola caused a pneumothorax (a partially collapsed lung). We once again experienced what a dedicated and professional rider Max is and we hope to get him ready for the Motocross of Nations in Assen, where he is for sure one of the favourites and could be able to repeat that dominant Motocross of Nations win from 2017.