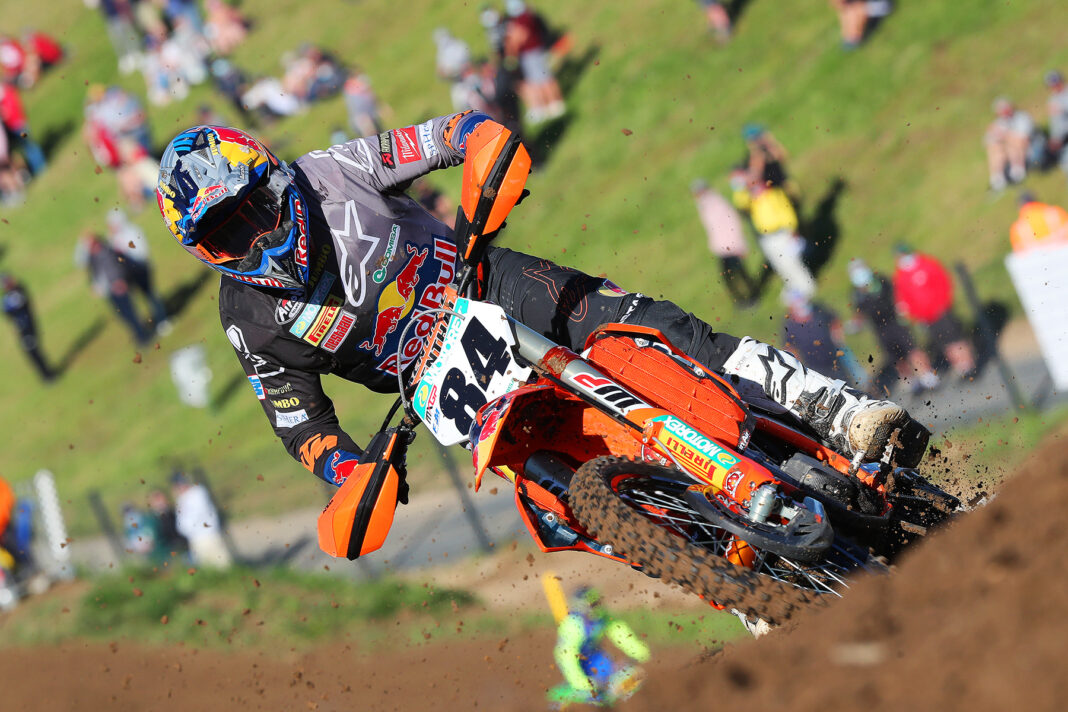 Red Bull KTM stars Jeffrey Herlings and Tom Vialle both took overall wins at Ernée in France yesterday to complete their preparation for the MXGP season opener in Russia this weekend.

Herlings, steering his factory KTM 450 SX-F, took his second win in as many weekends – after success at MXGB Lyng – with a 2-1 scorecard.

The Dutchman barrelled through from a mediocre start in the first moto but aced his launch in the second outing to beat Romain Febvre to the checkered flag.

Also active in MX2 was Vialle’s teammate Rene Hofer. The Austrian made a lively getaway in the first moto before collecting 4th place by the finish. Hofer would occupy the same slot in the overall classification after a small crash meant 5th position in the second race.

“I was fastest in qualifying by a good margin. I had a bad start in the first moto but came from mid-pack to be on the rear wheel of the winner by the end,” said Herlings.

“I pulled a holeshot in the second and could lead, control and win it. My feeling was alright on the track. The bike was working well but I had a bit of arm-pump. Overall, some good work done for Russia.”

Vialle added: “A nice day. The track was good to ride and my results were decent. I was 1st in practice and then passed Rene in the first moto.

“I had a bit of arm-pump but this is pretty normal as it was my first race in almost six months! In the second I had the holeshot and won with pretty good lap-times. Today was fun and went well. I’m ready for the first GP.”