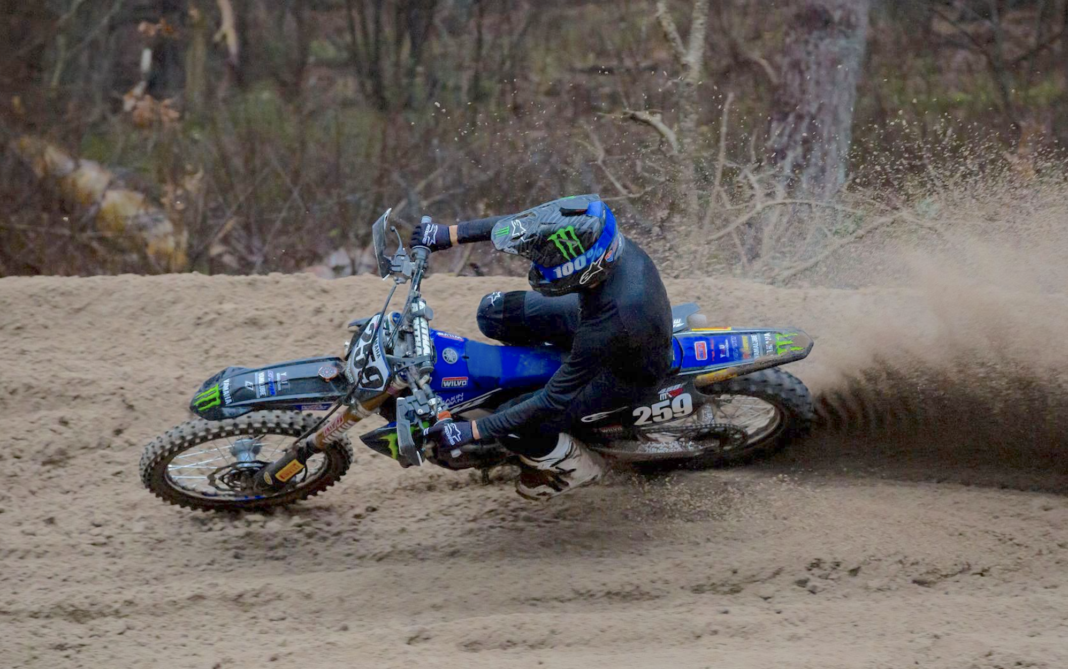 Glenn Coldenhoff is a strong contender in the MXGP championship, collecting race wins in MX2 and in the blue riband class, as well as winning the historic MX of Nations with Team Netherlands.

After being with Red Bull KTM for five years in MXGP, then most recently the Standing Construct GasGas team, the Dutchman has switched to the Monster Energy factory Yamaha for the 2021 season, and has been settling in on his new factory ride.

DBR caught up with Coldenhoff while he’s in Sardinia doing some pre-season testing.

DBR: You have been doing some pretty intense recovery training after you broke your back, can you talk us through what that’s been like for you?

“I think it’s always hard, especially after the injury, it’s always hard to come back. The main goal is of course to recover fully, so I’m very happy about that. It actually took not so much time. I broke two bones in my back, and they were compressed so the first two weeks of course was painful and I needed to stay calm, I think afterwards the recovery and the rehab has gone really, really fast.

‘Within six weeks I was back on the bike, so it was a really quick one. I didn’t start too early to ride again and I always listen to my body carefully and I felt it was safe to jump back on the bike.”

DBR: You’ve made the jump to Yamaha this year. What have the changes been like from the GasGas to the YZF450?

“Of course it’s completely different bike. I was with KTM for five years, so I knew that bike very, very well. Obviously I think all factory bikes are not bad at all, and I think that they have some positives and some things to work on. Definitely the Yamaha is reacting different in different situations, I would say. I took my time in December and still in January to get used to it, it’s just different. The power is a bit different, and I would say the suspension is a bit better, you always have pluses and minuses.”

DBR: You’ve been out training with Andrea Dovizioso and Danilo Petrucci. Have you guys exchanged or swapped any tips between MotoGP and MXGP?

“It’s interesting to know how they train, Of course they want to know that from us as well. For me, it’s just very strange that they only have five days of testing! Five is the maximum they can do, then they go straight into racing. In our world, that’s really crazy. I feel lucky to be able to ride the bike so many times, because that’s in the end still what I love to do the most, I would say.

“We spoke about things like that, it was nice. We didn’t know from each other that we went to that track, and it was really nice to meet them this way, both are really cool guys. Very relaxed and both very motivated, it was nice to catch up with them.”

DBR: With the MXGP calendar being pushed back a little bit until May now, is that going to allow you to be able to do a bit more testing with the bike? Or has it opened a bit more of a timeframe for you?

“I’m already really happy with the bike, but of course I would like to still make it a bit more mine, let’s say, that it fits my style of riding. For sure we have plenty, plenty of time now. We will still work hard, as I prefer to have the bike ready earlier. So we will just keep on working and keep on testing.

“It will start pretty late, so no need to rush anything, we need to find a way to be ready for the season, but also not that you are too soon and in a very good shape. It’s always difficult, especially now when it’s changing around, I feel like there will be some more changes coming, that’s my feeling, so I don’t really watch the calendar yet.

“I will just wait and be relaxed and focus on my body and try to improve there, try to improve the bike at the moment. I think as soon as there is a clear plan for riding, then we will make a proper plan to prepare for the season.”