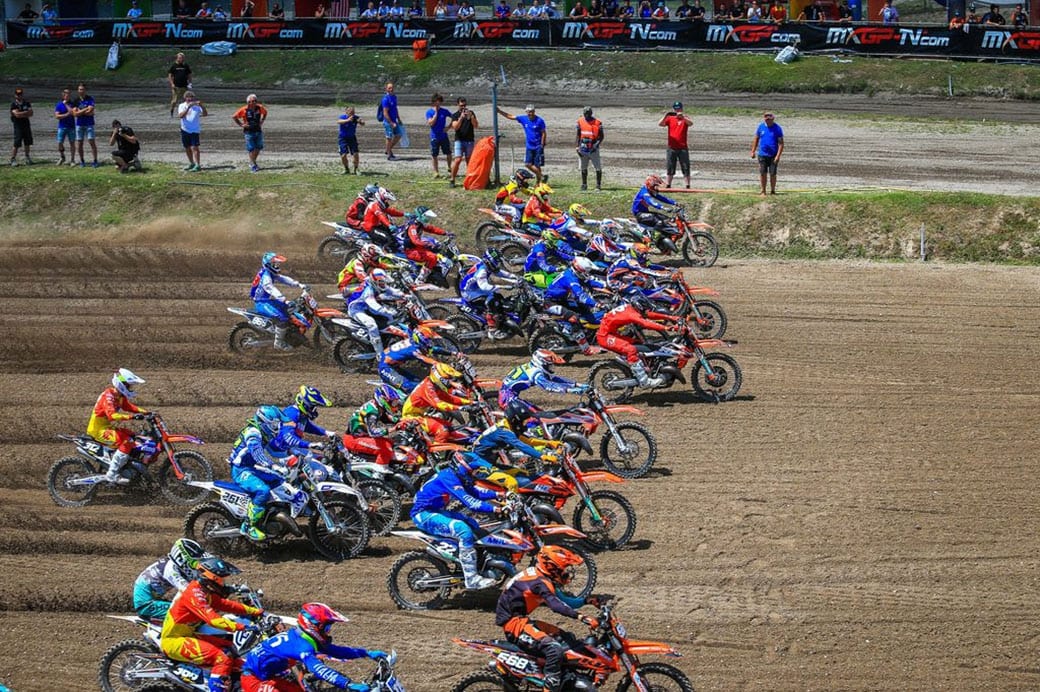 Infront Moto Racing has revealed that the FIM Junior Motocross World Championship will be heading to Finland in 2021, as Moto Club Vantaa will host the world’s fastest youngsters in motocross.
Located next to the Helsinki-Vantaa International Airport, 18km from Helsinki and all harbours connected to the Baltic countries and Sweden, the hard-pack Finnish circuit offers fantastic facilities for both teams and spectators.
Founded in 1953, Moto Club Vantaa has organised over 40 world-level events from the mid-50s to 2011. Former track of the club, Ruskeasanta (translates as brown sand in Finnish) was known as an annual venue for the 500cc Grand Prix back in the day, with the races dominated by some legendary names of the sport, including the likes of Eric Geboers, Georges Jobe, Andre Malherbe and Håkan Carlqvist and Heikki Mikkola.
The Ruskeasanta track was closed in 1995 following the expansion of the Helsinki Vantaa airport, the club then moved to the other side of the airport and set up a new venue. The current track has been the venue for World Championship races in 1997 (125 cc), 1998 (500 cc), 2006 (JWC), 2009 (MX2), 2010 (MX3) and 2011 (MX3). The latest international race to take place in Vantaa was the 2018 EMX65 and EMX85 qualifiers, with Liam Everts taking his first-ever European victory in the 85cc class on Finnish soil.
The first edition of the Junior World Championship was held back in 1999 and since then has seen many of its young winners go on to Motocross World Championship success, including the likes of MX2 and MXGP World Champions, Tim Gajser, Jeffrey Herlings and Pauls Jonass.
In total there are three titles up for grabs, EMX125, EMX85 and EMX65. Riders will not only compete for individual success, but also for their nation as at the end of the weekend a Nation’s winning team will also be determined taking the best three results of its riders in the 65cc, 85cc and 125cc classes.
This will not be the first time that the venue will host the JWC, as it was held at the Finnish circuit before, back in 2006. The club is looking forward to inviting the world brightest stars in the sports as we gear up to crown the 2021 Champions!
David Luongo, Infront Moto Racing CEO: “Vantaa is probably one of the most famous and iconic Motoclubs in the world of motocross. The Junior World Championship is the pinnacle of motocross for the future talents. Infront Moto Racing is delighted to bring all the riders that will come from all around the world to this fantastic event in such historical motocross country.”
“More than 15 years ago names like Alessandro Lupino, Ken Roczen, Eli Tomac, Harri Kullas, Glenn Goldenhoff and Max Anstie were riding in Vantaa as the top riders in Juniors’ Motocross and now they are among the brightest stars of our sport” says Mr Pasi Jaatinen – President of the motoclub Vantaa. “We are proud to present the future stars again in Vantaa and the 2021 Junior Motocross World Champions will be one of the main sport events in the city of Vantaa. We expect to get lot of spectators to follow the future stars and will give our best performance to create the great event for our passionate MX fans”.
By hosting the Junior Motocross World Championship along with the 2020 MXGP of Finland at the Kymiring circuit, the hope is to expand Finland’s motocross history in the modern world of motocross and bring it back to the worldwide stage by the year 2025.

Organiser: Moto Club Vantaa and Finnish federation SML in co-operation with the city of Vantaa
Official Ambassadors of the 2021 Junior Motocross World Championship: