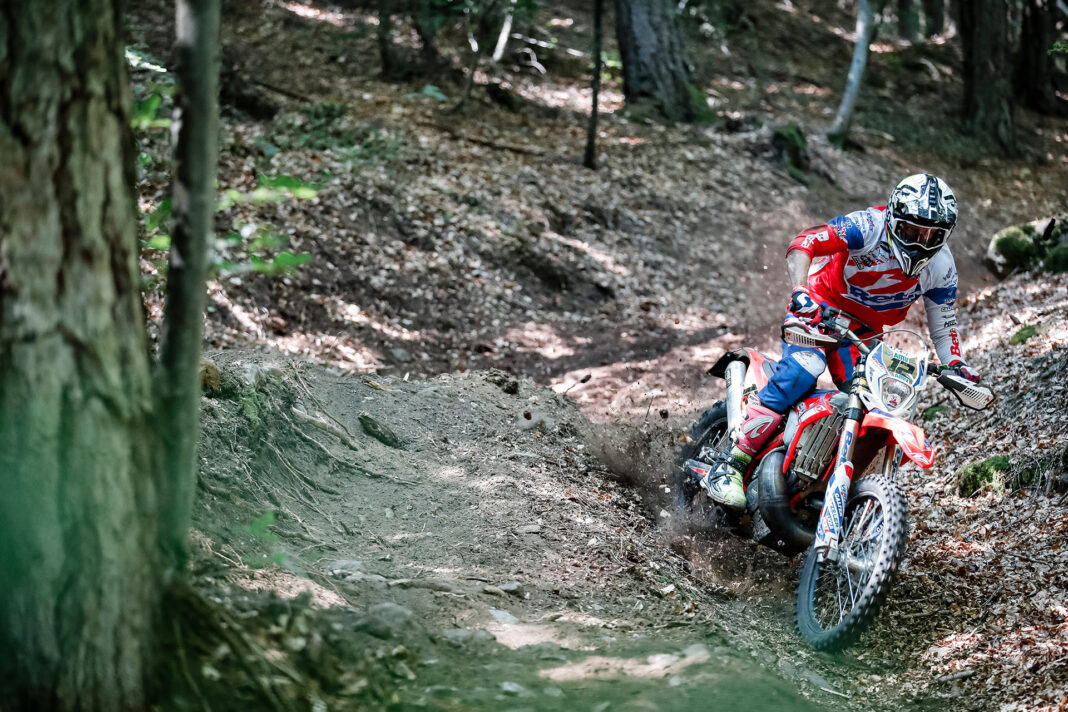 Factory Beta rider Brad Freeman has a lot to celebrate this weekend at the Borelli FIM EnduroGP World Championship in Italy, claiming a double Enduro GP win in Edolo.

After an incredible battle for victory on day one between Freeman and Ruprecht, all eyes were focused on the duo heading into sundays racing. A fast starting Ruprecht put his TM machine out front in the opening Champion Enduro Test, but then Freeman hit his stride, topping the next three tests.

Freeman then pulled nine nine seconds clear of the Australian and then continued to extend his lead, picking up another four wins from the remaining eight tests, allowing the Beta rider to claim the top spot on the podium by a huge 27 seconds.

“It’s been brilliant to pick up a double win this weekend,” said Freeman.

“I can’t ask for more than that! After saturday’s efforts I knew another four laps on Sunday would be hard work. I rode good on Sunday morning and that made the difference for sure, and I was able to control things from there.”