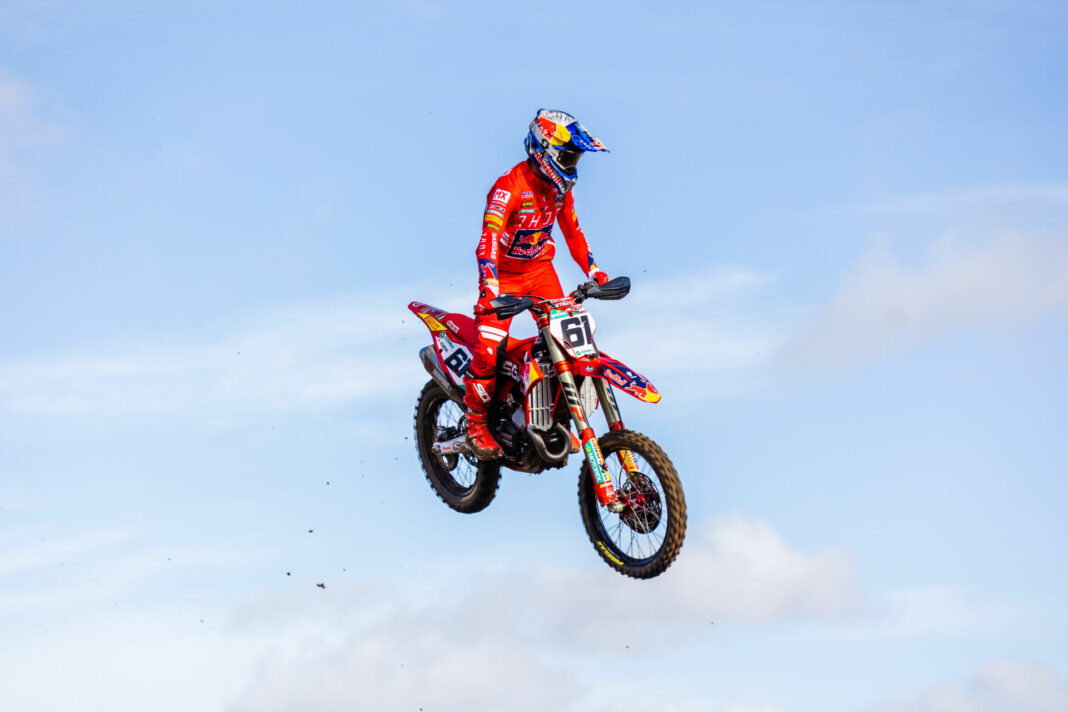 Red Bull Factory GasGas Jorge Prado shot to victory in the second MXGP moto of the day at Matterley Basin, just ahead of race one winner HRC Honda’s Tim Gajser.

As the rider struggled with Track visibility, race one winner HRC Honda’s Tim Gajser started to cut through the pack moving up into third position and moving past Seewer.

Fastest qualifier and Monster Energy Yamaha’s Maxime Renaux also had another decent moto, making moves and chasing down F&H Kawasaki’s Jed Beaton and finished up in sixth, on his MXGP debut.

Gajser moves into the lead past Prado, then goes over the bars on the start and finish straight, allowing Prado to claim back the lead and ultimately the moto two win. Gajser wins the overall GP for the weekend followed by Prado, and Jeremy Seewer rounding up the podium.