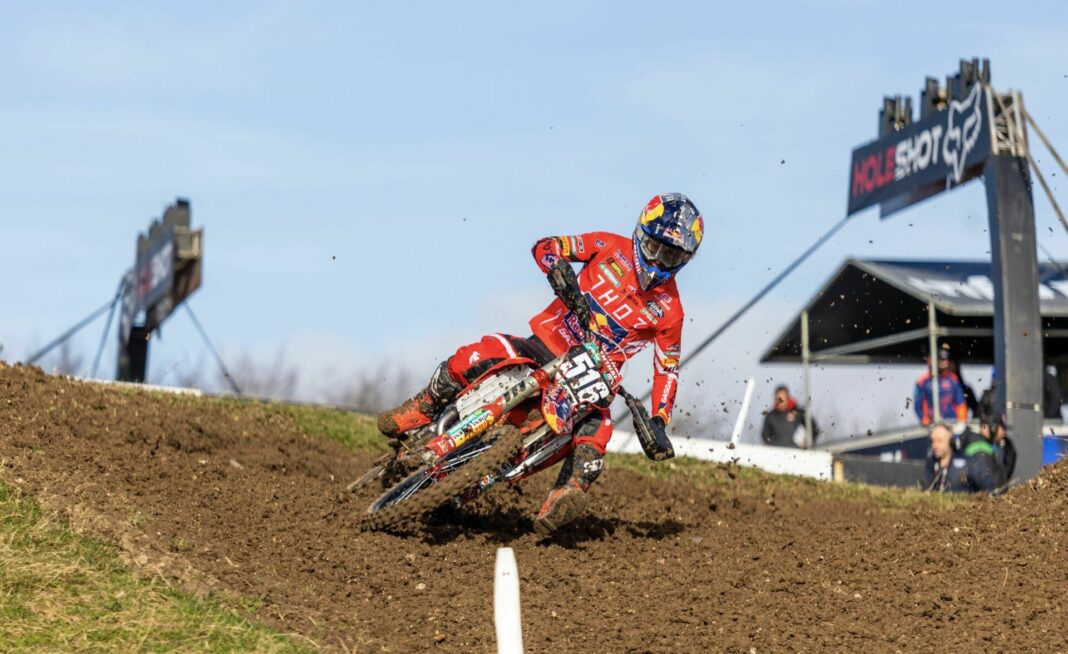 Hitachi KTM’s new recruit Isak Gifting also had a great start to his first MX2 race with the team, but also made a small mistake over shooting one of the corners heading down the hill on the opening lap of the moto. Meanwhile Honda 114 Motorsports Hakon Fredriksen also made a mistake and crashed out of tenth place.

Kay started to then put the pressure on Vialle, as F&H Kawasaki’s Kevin Horgmo seemed to suffer some issues with his bike cutting out, causing him to drop out of third place and then also crashing towards the end of the moto to finish up in seventh place.

Meanwhile 426 Motorsports Brit rider Conrad Mewse grabbed a decent eleventh place finish, on board his new KTM team. Laengenfelder continued to increase his race lead, Kay almost managed to make the pass on Vialle on the final lap, but ultimately finished in third place, as Laengenfelder went on to win his first moto of the season.