Home Motocross MXGP British MXGP: ‘I did not expect this!’ – Langenfelder 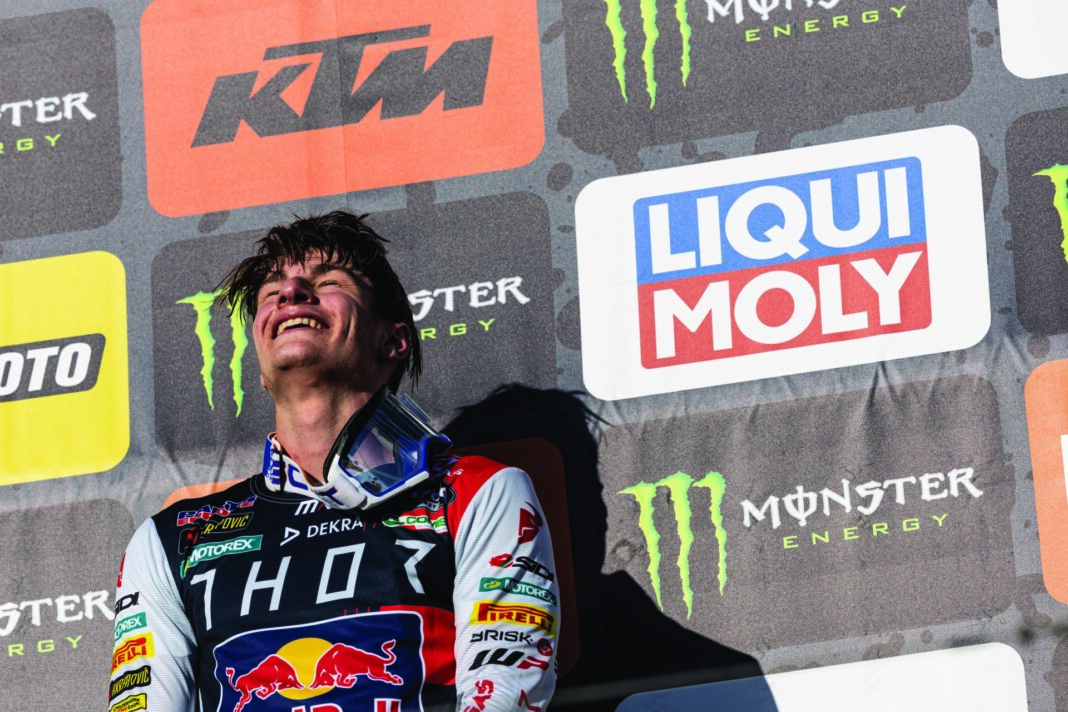 Ripping to pole position in the MX2 class for the first time in his young career, Simon Langenfelder entered Sunday’s motos with momentum on his side. That was momentum that he used well! Using the power within his MC 250F, he pulled the holeshot in moto one and led every single lap en route to a dominant victory. Langenfelder set the fastest lap of the race and was four seconds ahead at the end.

The MC 250F helped Langenfelder get ahead of the field and claim yet another holeshot in the final MX2 moto. Immediately engaging in a tussle with a former world champion, Langenfelder kept his cool and showed experience beyond his years whilst battling for his maiden overall victory. Such an impressive effort helped him secure the win in moto two and leap atop the overall podium at the Grand Prix of Great Britain. Langenfelder also took the red plate in the MX2 class.

“I did not expect this! I came into the weekend with the goal of doing my best.” said Simon. “I did not think about positions or anything. I felt so good in the qualifying race and then I had two really good starts today. The second moto was tough, fighting with the other riders, but I just tried to do my best and go forward. I am so happy to go home with the red plate.”