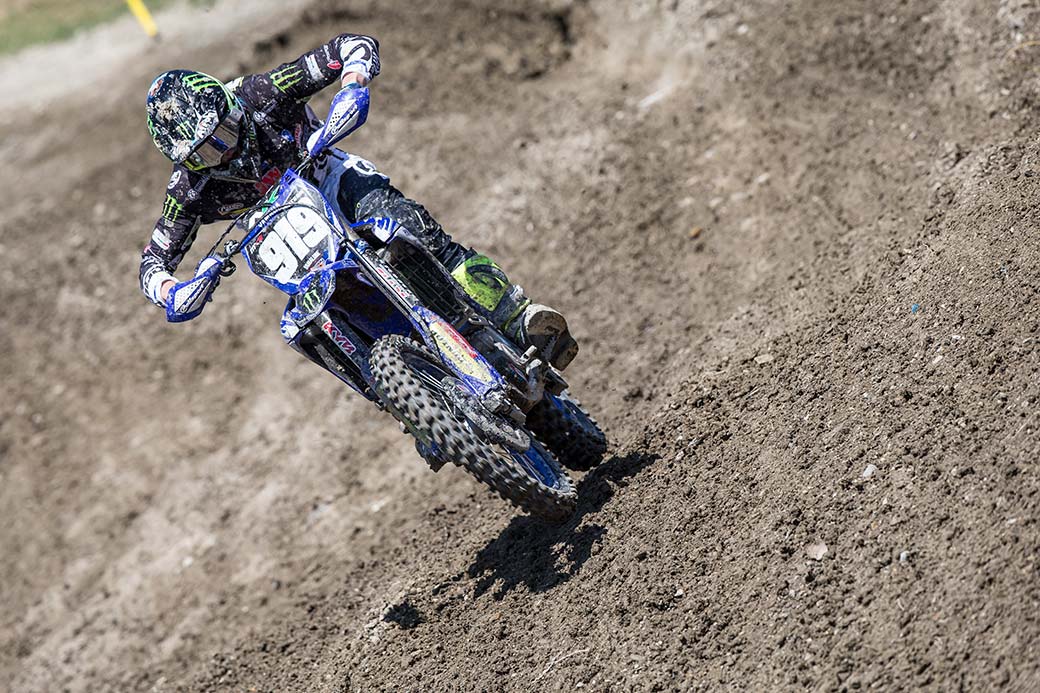 Kemea Yamaha’s Ben Watson missed the podium in Agueda by a 10th of a second. After chasing down Thomas Olsen in race two for second place, Watson dived inside on the last corner, but Olsen railed the outside and pipped Watson by 0.1 seconds. But a podium finish was just around the corner.

We wanted to dig into what’s making the difference. The young Brit talks new team, new set-up and the season so far.

Ben Watson: Yeah, I’ve had a really good start to the season, I didn’t actually expect so much from myself so early, it’s a really long season and I’ve go to stay consistent. I had a really good first round in Argentina, but we made a lot of changes over the winter, moving to Belgium, and starting with a new team and a new bike, a full-time trainer both on and off the bike. It’s been a completely new start.

DBR: Are those changes to your structure and support what you needed at this stage of your career to move to the next level results wise?

BW: Yeah definitely. I’ve got more support, for example, last year I was doing all my training myself, doing a lot in the week by myself with the bike. I had a full-time mechanic, but it was difficult to work together during the week for practising, so I found myself doing a lot of it by myself, just going riding with my brother where he goes and trying to find a lift here and there. Now I have my own team van and full time-practice mechanic, so it makes training in the week easier. I live five minutes from the workshop and ten minutes from the trainer, so everything is nearby. It’s much easier to do all my training and riding properly.

DBR: Do the team plan all your training and testing.

BW: Jacky Vimond [1986 250 world champion] is the full-time trainer and I discuss where we think will be good, and all the training is down to him. He sets a plan and says it’s this, this, this. If we feel really tired or feel we could do more we can change it, it goes on how we feel. everything’s been going great so far doing what he says, for me it’s working, and I find it a lot more easy to go home and relax in the evening without having to plan where I’m going riding or what training I’m doing. It’s easy *smiling*.

DBR: In Trentino you didn’t get good starts, but you passed more riders in the first race than you probably did all last year. The result didn’t show how well you rode there, you seemed a lot more aggressive with passing this year, is that something you’ve worked on?

BW: Yeah, my results weren’t what I wanted but I was happy with the riding which is most important. I went there not looking forward to it because I haven’t done well there. It shows what I’ve been doing over the winter is working, I really surprised myself. I had terrible starts and made it hard work for myself with so many riders to pass each race.

DBR: It was an inconsistent race for a lot of riders, Henry Jacobi got on the podium with a 2-10 which is unusual, and you still managed to move up to fourth in the championship.

BW: It wasn’t a disaster, I moved up in the championship but its frustrating that a 2-10 gets him on the podium when I got a 4-4 in Argentina with 36 points and got fourth, and it was maybe 3 or 4 points more than what got you on the podium in Italy.

DBR: Kemea Yamaha is a factory-supported team and your bike looks pretty trick. Is it a lot different from what you’ve raced before?

BW: Yeah, it’s completely different to what I’ve ever had. Last year my bike was good, but it was no different to what anyone could buy. This year I’ve got some stuff that money can’t buy which is obviously nice for myself and nice to know I’ve earned that. Its good for your confidence getting on the bike and knowing that the bike is good enough to get you to the top. We’re still working on a few things but I’m really enjoying it.