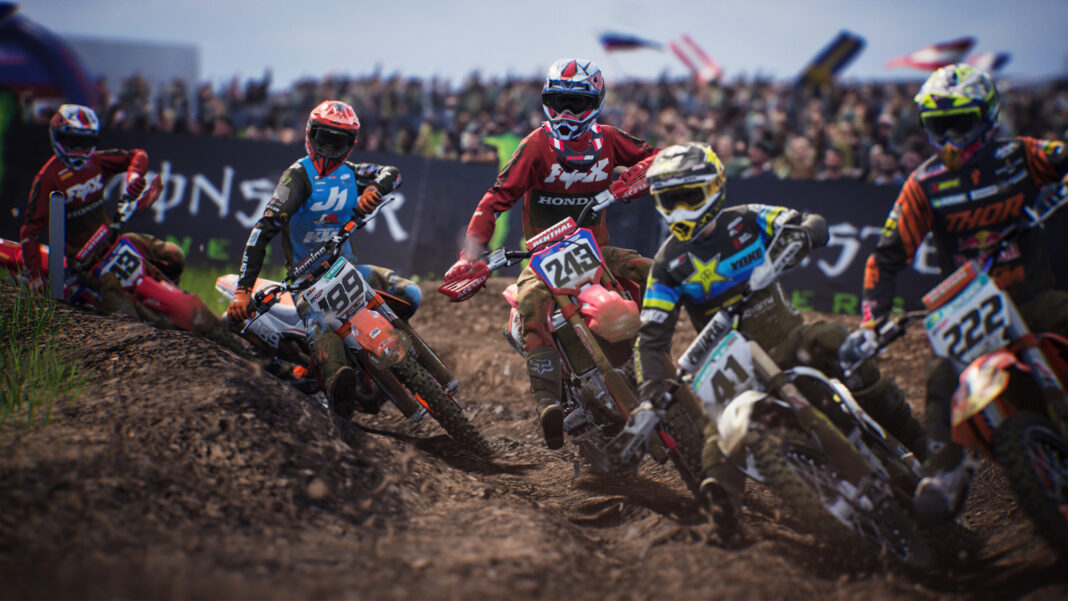 MXGP 2020 – the latest version of the FIM Motocross World Championship game – has been released for PlayStation®4, Xbox One and Windows PC®/STEAM. The PlayStation®5 release will be on January 14.

MXGP 2020 gives players the chance to bang bars with 68 riders from both MXGP and MX2 on world championship or custom-designed circuits. Starting as a rookie, players can choose their path to glory by joining an official team or creating their own.

The popular ‘Playground’ feature is also back allowing users to test their skills against up to three friends in a setting inspired by Norwegian fjords.