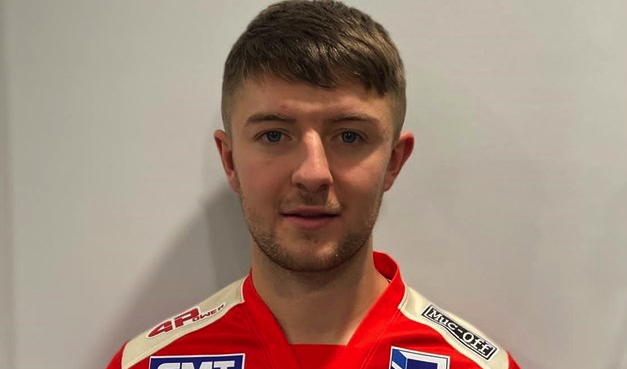 Durham racer is aiming high with exciting new deal for 2021...

Dave Thorpe has always seemed to possess a sixth sense when it comes to spotting and polishing raw talent and with Jay Hague the three-time world 500cc champion may very well have just discovered his latest rough diamond.

The 22-year-old from County Durham will race MX2 next season in the ACU British Motocross Championship and Michelin MX Nationals for Thorpe’s new Crendon Fastrack Honda team and the former youth champion is hoping the pieces of the puzzle are finally falling into place following a tough start to his career as a professional.

“I’m looking forward to it,” said Jay. “It’s a great opportunity for me. In the past I’ve been on teams that look professional from the outside but it’s been different behind the scenes and I’ve been messed about and given second-hand parts instead of new parts. Dave’s team is the most professional set-up in the paddock and it’s not just me who thinks that.”

Jay’s raw speed has never been in question and he’s got an ACU British Championship moto win at Duns in 2018 on his CV to back this up but since turning pro in 2017 he’s struggled with injuries and machine reliability.

“I was debating whether or not to stop racing. Ever since I’ve moved into the Pro class nothing’s gone right and I felt like I had nothing to lose. It was either Dave’s team or stop riding or go on a 450 – which I didn’t want to do – to make it cheaper because we literally couldn’t afford to run a 250.

“If I’m going to ride for a team it would be Dave’s. I know how organised he is and he did such a good job with Josh [Gilbert].”

After testing his 2021 bike – Honda’s race-proven CRF250R – all the signs are positive.

“I really like the bike. The speed’s there but the best thing about it is the way it handles. I never quite liked the way the Husqvarna turned and I’ve always liked Japanese bikes.

“I just want to be consistent and build through the year. I’d like to get a few wins and podiums but my main goal is to be consistent and finish the whole year because I haven’t done that up to now in the Pro class. I’ve had a few injuries but I’ve had more [mechanical] DNFs – I think I’ve pushed it back more times than I’ve rode it over the finish line.”