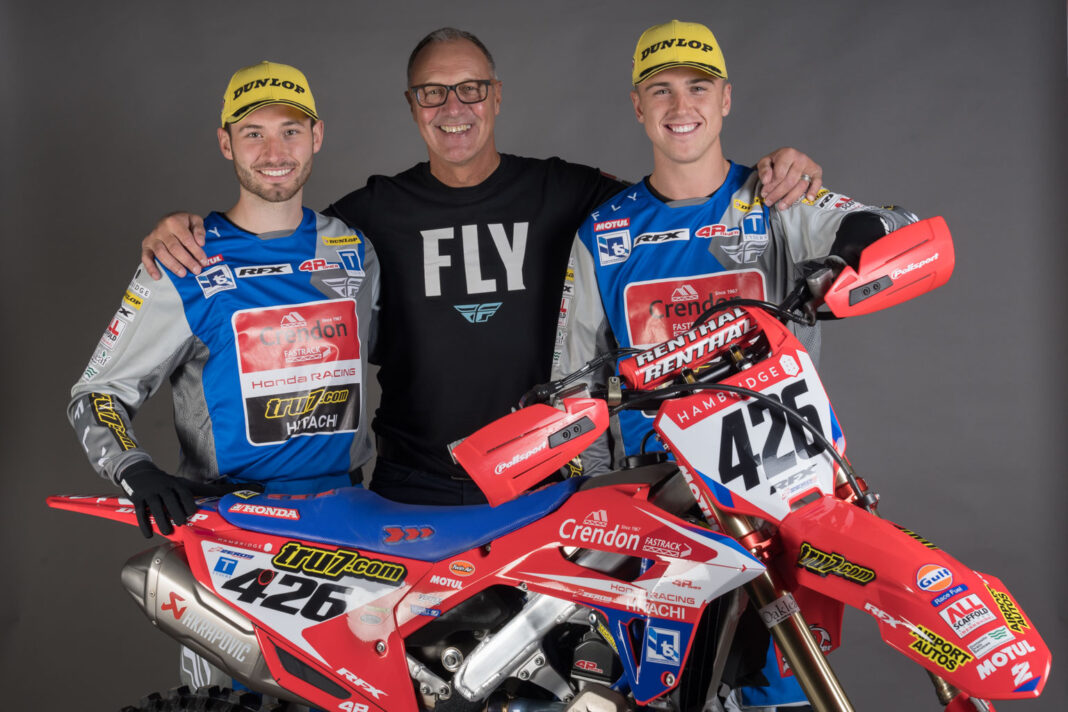 Crendon Fastrack Honda has a fresh MX1 squad for 2023 after signing Conrad Mewse and Josh Gilbert.

Triple British MX2 champion Mewse will join Dave Thorpe’s squad as he makes a full-time step up to the MX1 class. It’s the first time the 23-year-old will race a Japanese motorcycle after contesting the MX2 world championship on European bikes since 2016.

After clinching the 2022 UK MX2 crown, he made a move up to a 450 to prepare for next season and has instantly been challenging for wins.

“It’s a big change for me as I have raced MX2 GPs all my professional career, to now racing exclusively in the UK on a 450. But I am looking forward to the new challenge of focusing on the British championships and riding the Honda CRF450R,” said Mewse.

“The Crendon Fastrack Honda team is the most professional in the paddock and is totally geared towards winning in the UK. I’m looking forward to working with Dave Thorpe and the whole team.”

For 24-year-old Gilbert, it is a welcome return to the Honda team that saw him challenge for the British MX2 title in 2018 and 2019. Since then, he moved up to the 450 class and has contested domestic races, GPs and several American AMA Nationals. He ended 2022 on a high with career-best 12th in the final AMA National at Ironman and a win in the final British championship race of the year at Landrake.

“I’m really excited to be back on a Honda – it’s the brand I grew up on. And of course I know the team well. It’s such a professional, well-organised team and everyone is so friendly,” said Gilbert.

“I have really love riding a 450 – I always have. I know the CRF450R is a well-proven winner and the team really know how to put a race bike together.

“I’m looking forward to focusing on the British championship which has seen a lot of positive changes and is world-renowned as a great series. I’ve also raced with Conrad since we were both on 85s and he’s a very clean rider. I’m sure we’ll have a great season and have a lot of fun racing.”