Brad Anderson is the 2020 EMX2t champion

Brad Anderson (Verde Sport KTM) raced to his third European two-stroke crown in four years after bringing it home in second in today’s final EMX2t moto at the MXGP of Pietramurata.
The two-time British champion – who’s led the series since the opening round – kept out of trouble around the first turn of the 25-minute plus two lap race, moved into fourth by the second corner and then picked up another position on the opening lap.
With title rival Eugenio Barbaglia (Husqvarna) falling in the first turn and nearest challenger Federico Tuani (Husqvarna) three places adrift of Ando in sixth, the 39-year-old from County Durham looked in complete control.
Winner of the first moto, Nicholas Lapucci (Fantic) pulled clear at the front as Anderson closed in on second-placed Manuel Iacopi (Yamaha).
As the pair charged down a steep downhill section on a track that was getting increasingly rutted and slick, Ando cut inside Iacopi and shouldered his way through in the following tight right-hander to make a pass stick.
With one round still to go the result gives him an unbeatable 56-point lead and adds another Euro title to the EMX300 crowns he won in 2017 and 2018.
“I missed out last year by a point otherwise this would have been my fourth [title],” said Anderson. “I’m so pumped on winning this for the third time and I’d just like to thank everyone who’s helped me get here – awesome job!”
Britain’s Charlie Putnam (PAR Homes RFX Husqvarna) scored points in both races with his 18-15 card good enough for 17th on the day, two places ahead of Kelton Gwyther (KTM). Aaron Ongley (KTM) also got in the points with 19th in the second moto. 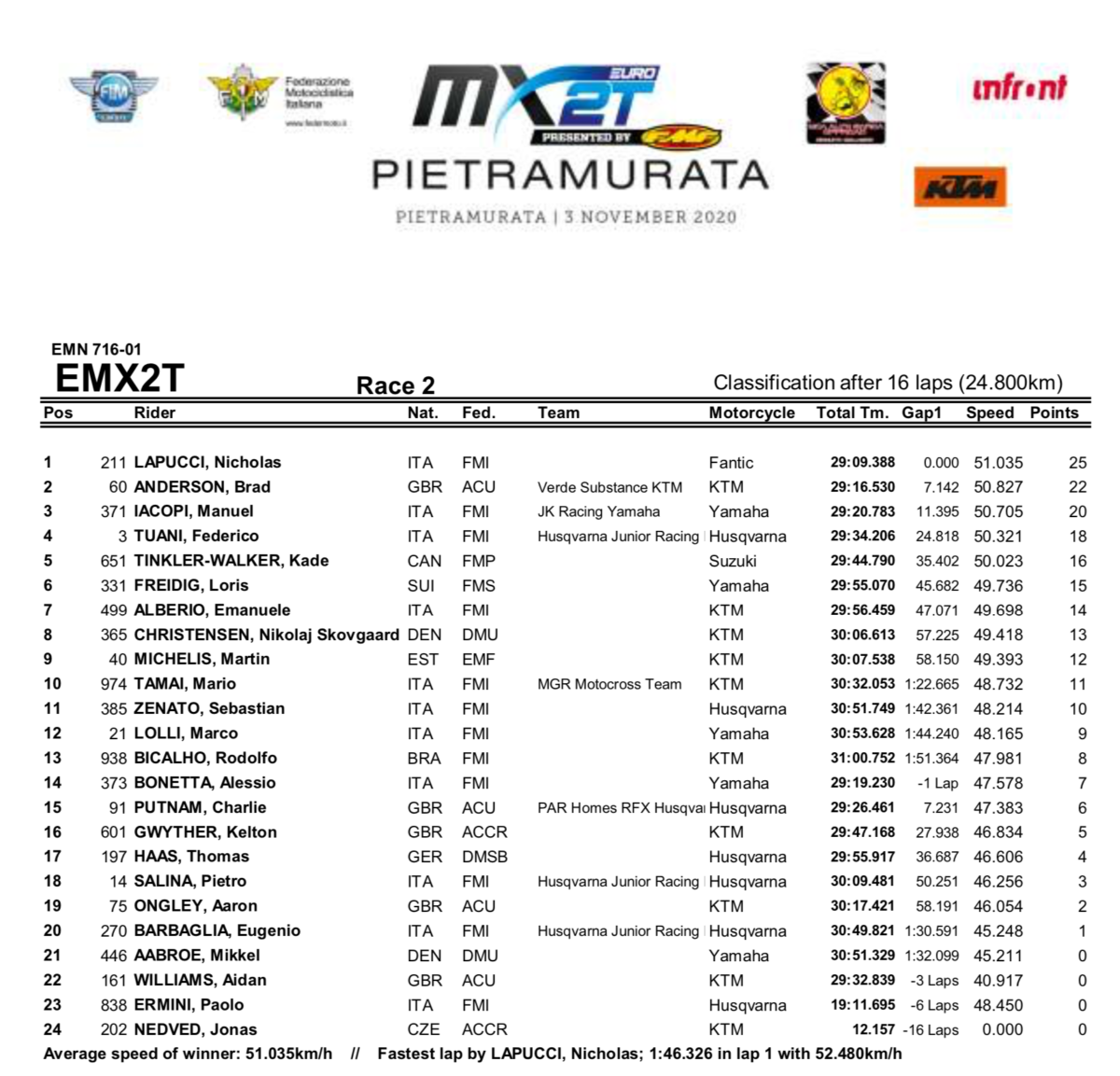