Home Motocross European Motocross Lacapelle Marival: ‘We came here to work and did just that’ –... 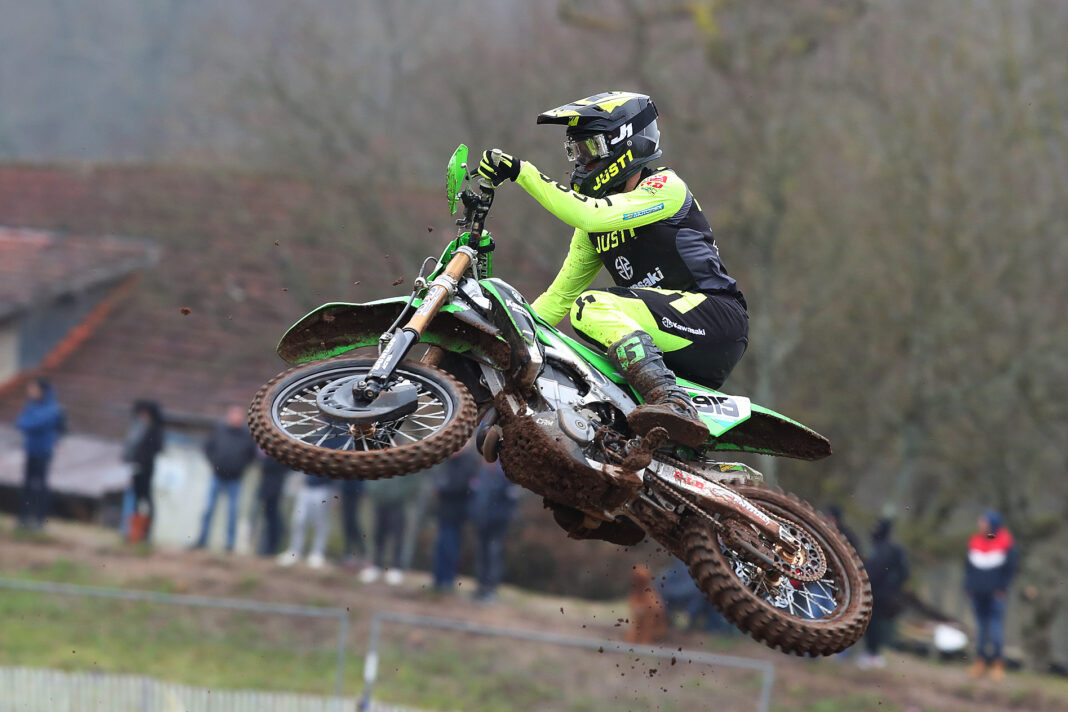 Ben Watson and Kawasaki Racing Team MXGP continued their build up to the up and coming FIM World MXGP Motocross Championship as an impressive runner up at the Lacapelle Marival in France.

With the opening round of the world series just two weeks away, Watson in the first MX1 moto quickly moved forward to fifth place before settling into a solid pace which kept the chasers off his rear wheel. The Brit was just inside the top twenty at the start of the second moto after spinning on the gate, staying out of trouble through the early laps he advanced through the pack during the second half of the moto to secure another top six finish with podium speed laps to the chequered flag.

The KRT rider saved the best for last as he headed into turn one second position in the SuperFinal and hounded the leader for the entire twenty-four-minute race. The Kawasaki Racing Team MXGP will complete its pre-season programme next weekend at Hawkstone Park in central England.

“In the end the track got really technical and it showed in the results, there was just the one main line early in the day and that got really bumpy, deep and choppy so the start was important with not much chance to pass.” said Ben.

“I rode a little tight in the first race, but that’s normal at this time of the year. It’s the same in training but I get faster throughout the day, it’s nice that the GPs can return to the two day format this year to get that out of the way. In the second race I just spun on the gate, and towards the end I started making moves and was happy with that.”

“I got a better start in the SuperFinal and could follow the leader all moto. Overall it was another positive day; we came here to work and learn and we did just that. Now we head to my “home” race at Hawkstone which will be another good preparation, we’ve had hard pack and ruts here, sand at Hawkstone and three races again.”

“These races are really important as we acquire more knowledge of both the bike and Ben, and it’s important that he can build his confidence with good results. The mind-set has to be that these pre-season races are part of the training programme. We knew from the past that Lacapelle is quite tacky at this time of the year, so it was good training for the first GP at Matterley, the track there also has many ruts and is very technical.”