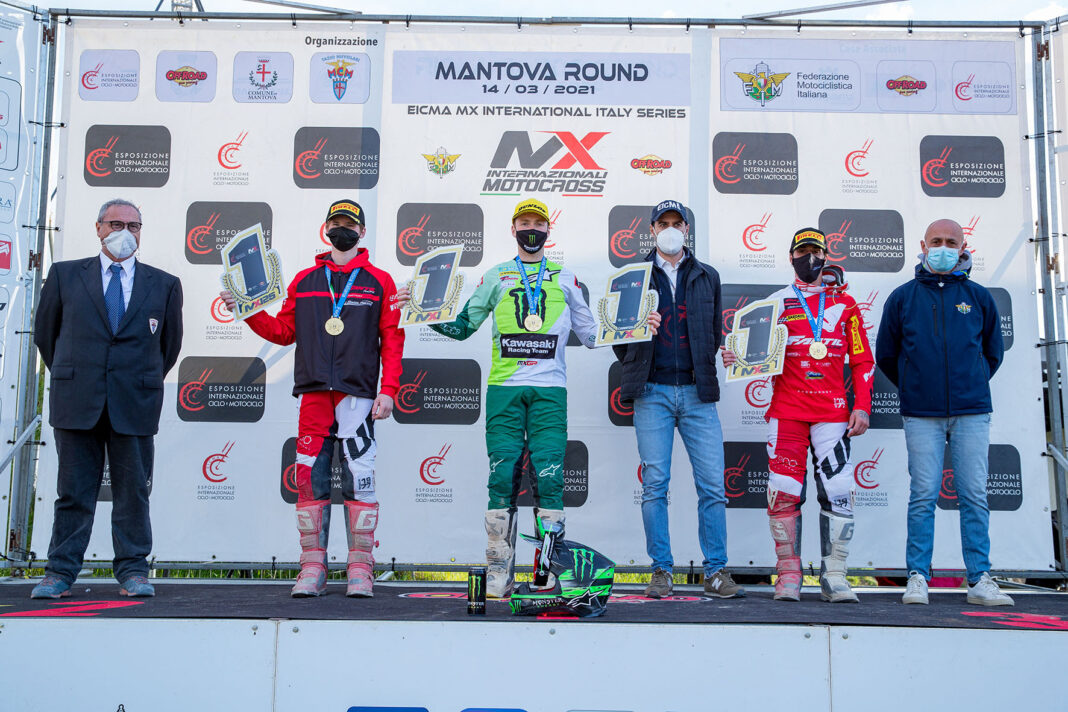 2022 Internazionali d’Italia 24MX championship series heads to Sardinia for the first round of the 2022 series at the end of the month, at the Il Lazzaretto track in Alghero.

The motocross racing season is ready and begins, as always, with the Internazionali d’Italia, this year sponsored by 24MX. The 2022 edition is full of news, starting with the calendar which includes two events confirmed on the weekends of January thirtieth and February six.

Two races one after the other, both in wonderful Sardinia. It starts from the “il Lazzaretto” track in Alghero (as already happened in 2016) and then moves on to the inevitable Riola Sardo track, which will also be the scene of a world championship GP this year. The format has been confirmed which includes two heats for the 125 class and a one race for MX2 and MX1 and the final match of the Supercampione in which we will find the best of the two categories.

As always, many protagonists and important debuts are expected at the start: the first is certainly the Team De Carli with the new GASGAS bikes ride by Mattia Guadagnini, Jorge Prado and Simon Langenfelder. But also the new partnership of Alessandro Lupino on the Beta of Team SDM, together with Van Horebeek.

The Factory Team Yamaha MXGP and MX2 teams will also be on the track, with the new champion Maxime Renaux ready to show himself on the 450.  In Top class we will also find Nicholas Lapucci and his Fantic  Maddii Racing; a debut that creates great interest, unfortunately mitigated by a recent injury sustained by Lapucci, who is binding his winter preparation. Fantic will also show his bikes in MX2 and 125.

But, very important, we will find on the track the Team Honda HRC managed by Gariboldi , with Tim Gajser ready to take back the title of Champion after his absence in the 2021 edition. There is also the MX2 Team Honda 114 with the new CRF250R managed by Giacomo Gariboldi. Ben Watson will also make his debut with the official Kawasaki in MXGP class, while Febvre will be absent due to injury sustained in Paris SX.

Continuing with the list of team and riders, we mention the F&H Kawasaki team, the SM Action with the GASGAS bikes ride by Forato and Adamo, the debut of Valerio Lata in MX2 with the KTM MRT, and the new TM MX 250F ride by Scuteri. To these will be added many others, with registrations just open.

Unfortunately both races, Alghero and Riola will not admit the presence of public onsite. They will be broadcasted in live streaming at payment. All the ways to use the service will be announced shortly.