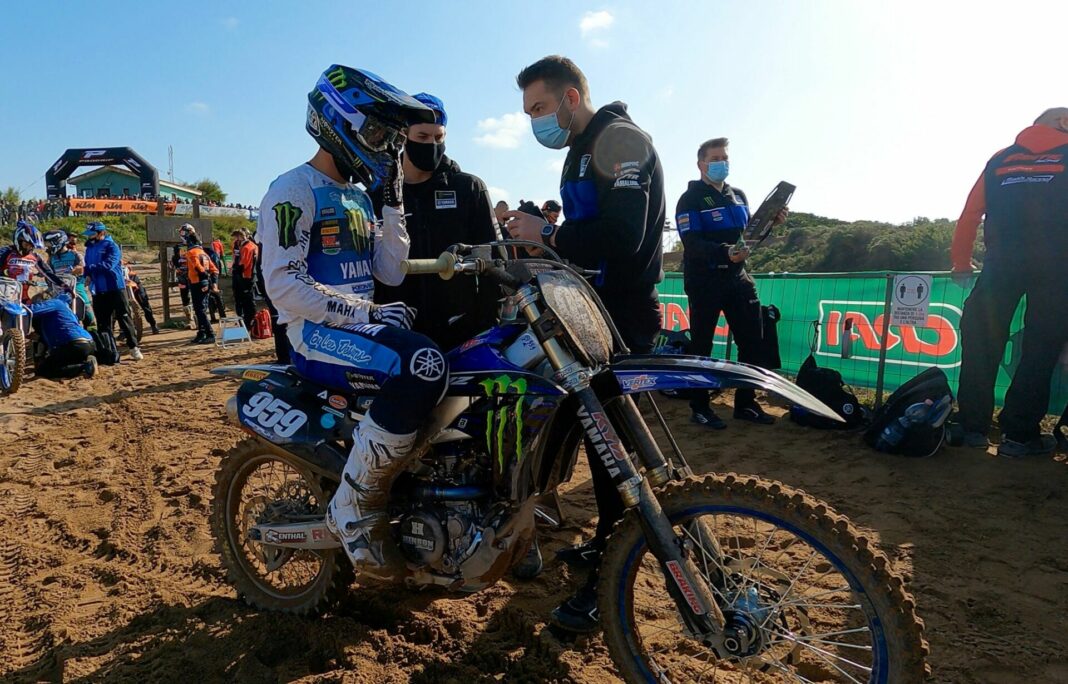 Fastest MX2 rider Maxime Renaux will not be lining up on today’s start gate at the Internazionali D’Italia, due to a crash in qualifying causing him to dislocate his shoulder it has been confirmed by the team.

This will then allow his team mate Jago Geerts to take his place and line up first for top MX2 gate pick. This would of been the frenchman’s debut with the Kemea Yamaha team, but hopefully he can recover in time for the MXGP season.

🇮🇹 Maxime Renaux went pole in MX2 Free Practice but unfortunately had a crash in the latter stages & will not race today. @KemeaYamaha teammate Jago Geerts was 2nd & will now go to the gate 1st in Renaux’ absence! 💢 pic.twitter.com/LfdcV7hp4t

Italian MX: Where to watch