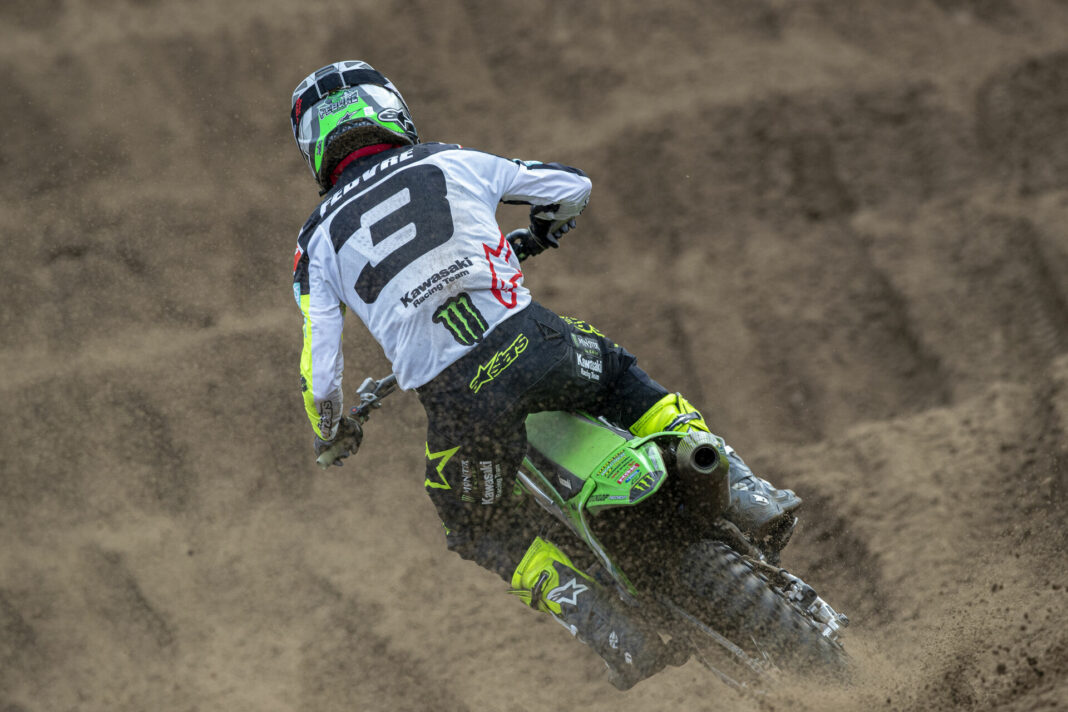 Romain Febvre goes to the finale of the Italian Open Championship next Sunday as joint series leader after finishing runner-up at Alghero in Sardinia yesterday.

Febvre had completed a one-two for the Kawasaki Racing Team behind his Italian team mate Ivo Monticelli during morning qualification but hit the gate at the start of the MX1 race. He soon reached sixth place on the compact serpentine track but with overtaking risky, the Frenchman was content to hold station before advancing to fifth mid-moto.

Febvre had taken the holeshot to lead by four seconds at the completion of the opening lap of the Superfinal, and moved further clear at the rate of two seconds a lap throughout the early stages before a slip on lap four cost him much of his advantage. Quickly recovering his composure, he once again eased clear of his chasers but a recurrence of arm pump eventually let Olsen take over the lead five minutes from the end of the race as the duo got caught up with lapped riders.

“It was a decent weekend with a good second position during the timed practice period behind Ivo. At the start the gate twitched twice so I hit it and didn’t start well. I had some good early laps to come back to sixth even though it was difficult to overtake on this small track,” explained Febvre.

“In the SuperFinal I knew what to expect with the gate and I got the holeshot. I was riding really fast at the start of the race and made a gap to my rivals before I made a mistake and crashed trying to jump the holes in a braking zone. I was still leading after this crash but my forearms started to hurt again and Kjer Olsen passed me while we were amongst the lappers.

“I stayed with him until the finish without being able to make a pass. There are good things to take away from the weekend, whether it be the starts or our speed in the race, now we just need to solve the forearm problems.”