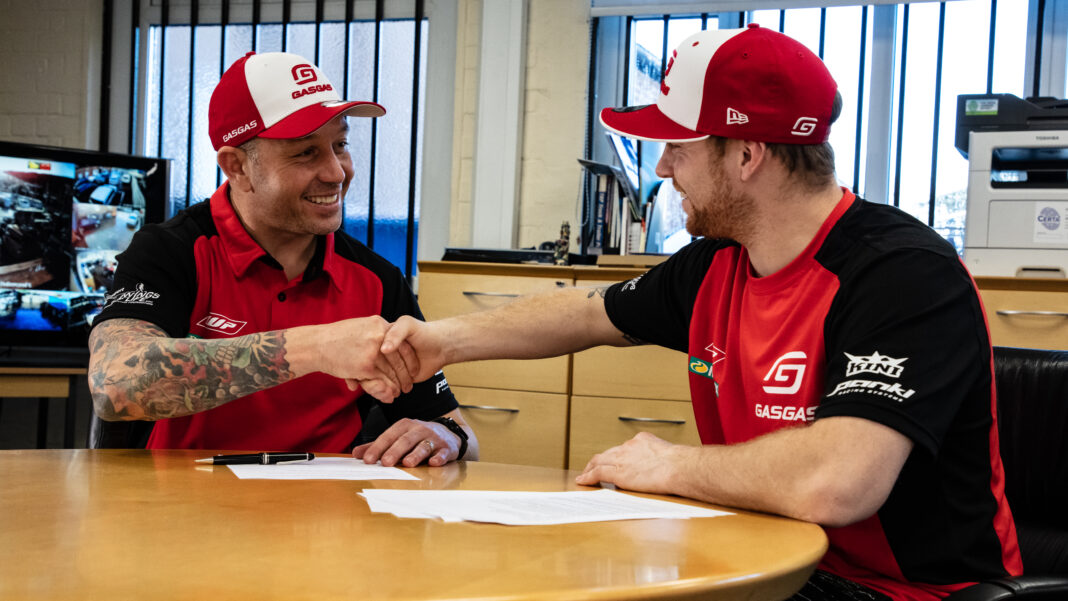 Steven Clarke and Bobby Bruce have signed for the new ASA United GASGAS squad with team boss Lee Tolan opting for a mixture of experience and youth as he targets major British and European silverware in 2021.

At the age of 30, former 85cc world champ Clarke brings with him a wealth of knowledge that should benefit his teenaged team-mate. The pair will contest the MX2 class of the Revo ACU British Motocross Championship and the Michelin MX Nationals British Championship Powered by Milwaukee with Clarke racing an MC 250 F and Bruce on an MC 125. Bruce will also race the EMX125 series

Tom Murphy and Archie Edwards will also represent the team in the British MX2 and 65 classes.

“I’m so looking forward to representing GASGAS and I really want to get a championship for the brand at the first time of asking,” said Clarke. “The ASA United team is impressive – their bikes are always so well prepped – and I know they’ll deliver exactly what I need.

“With my experience I know that I’ll be at the front of the pack and with the backing of the team we will be a force to be reckoned with. The aim is to get the red plate on the red bike when we start racing.”

MX Nationals 125cc champ Bruce is more than happy to be staying with Tolan’s team for another year.

“I know the team can provide everything I need to achieve my goals for the year,” said Bruce. “Those goals are wins and podiums, it’s as simple as that. I proved that I can run at the front in EMX125 and then showed that I can take titles by winning the MX Nationals 125 crown. I can’t wait to get on the bike and for the season to start.”

“We’re really excited and proud to be running GASGAS machinery in 2021,” he said. “We’re still a young team but we’ve shown that we can consistently run at the front and deliver titles. In Steven Clarke we’ve signed a proven talent. There’s nothing he’s not done in this sport and we know he’ll deliver in MX2.

“We ran Bobby last year and know his potential is massive. He delivered us a title in MX Nationals last year and he knows what speed is needed to win in EMX125. It’s also great to support Tom and Archie under the awning who both add to the family spirit of the team.”