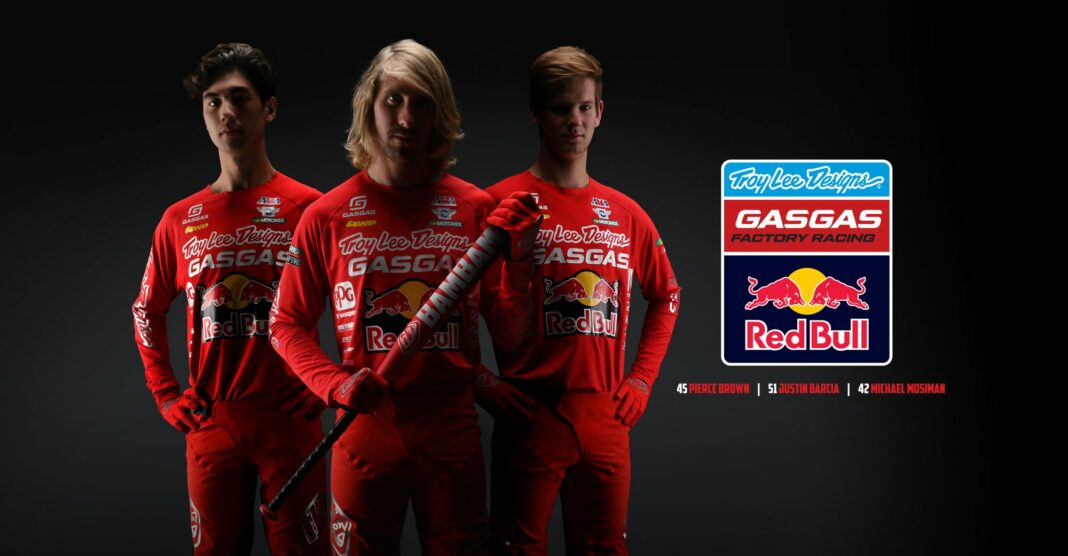 With KTM buying GASGAS (apparently for the Spanish company’s electric-motor technology) the Troy Lee Designs/Red Bull KTM 250cc squad has added a 450 and switched the colour of its KTMs from orange to red.

Veteran Justin Barcia signed on as the team’s 450cc star and had to let go of quite a few of his long-time sponsors – including Alpinestars – but he’s excited about the opportunity to race on this equipment. Barcia nearly signed with the Red Bull KTM team prior to the 2019 season but the team opted for Cooper Webb at the last second and Barcia felt like he missed out on a big opportunity.

Webb went on to win the supercross title that year while Barcia rebuilt his career at Yamaha, starting out as a fill-in racer. Now, he’s essentially on the bike he wanted a couple years ago and he’s joined by Pierce Brown – who’s carrying over from the KTM incarnation of the team – and Michael Mosiman who is moving laterally from the Rockstar Energy Husqvarna team.

Mosiman is expected to compete for race wins and possibly titles while Brown has shown massive speed but hasn’t had much in the way of top results so he’s a bit more of a question mark.