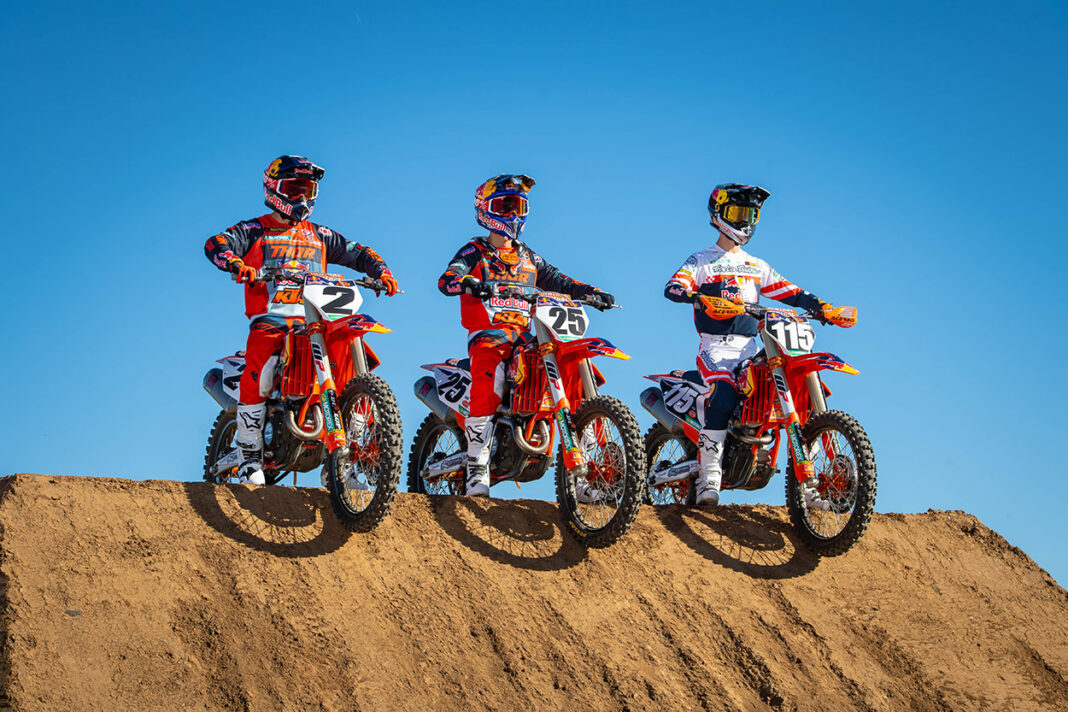 After winning the 450 supercross championship in his first season with KTM in 2019, Cooper Webb would’ve had a real shot at a title defence if not for a scary crash onto the concrete in Arlington.

The heavy hit left him battered, bruised and scrambling to recover. Luckily, it was at a Triple Crown event so – after finishing second in the first of the three Main Events – he was credited with 17th in the second Main (in which he crashed) and 20th in the final Main for 12th overall. He still finished second in the championship, 25 points behind Eli Tomac.

His team-mate Marvin Musquin is hoping to rekindle some of his past magic in 2021 after an injury-riddled 2020 and with the TLD/Red Bull KTM team turning into the GASGAS squad, long-time KTM amateur racer Max Vohland will be racing for the Red Bull KTM factory team during his rookie 250 season. Vohland – the son of former AMA and FIM star Tallon Vohland – is looking really, really good at the practice tracks so far.