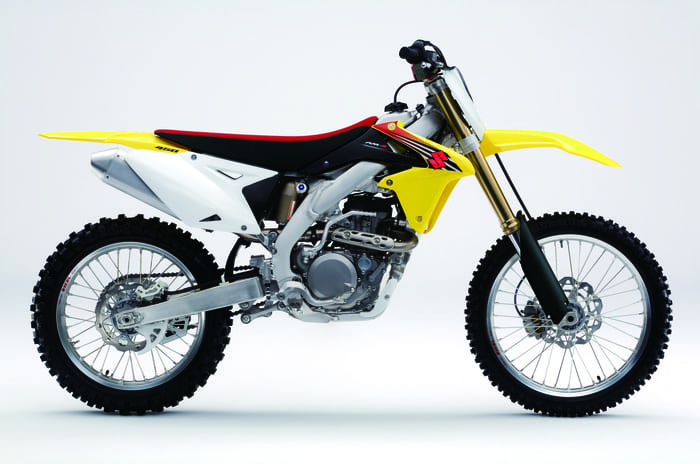 Mixed results hit our outgoing Over 35s South West champ in 2012 but none of this was due to the awesome and super smooth RM-Z450. Suzuki has built a beauty and we’ve refined it further with every part we’ve bolted on performing perfectly.

I have to say the Renthal Intellilevers has been off the scale as Martinez fully tested these units to the max on both the RM-Z and the ex SuttDawg RM-X which has been upside down more times than a roller coaster car.

The smooth power delivery is still the biggest talking point from Martyn when discussing the Z. Every improvement made to the 2012 model has been positive. Basically, the RM-Z allowed Martyn to take race wins due to its easy to ride motor and the great chassis set up in both stock and SR75/Fox Shox settings.

Through the season we used a grand total of four oil filters, six air filters, nine litres of Motorex motor oil, two sets of Renthal chain and sprockets, four rear tyres and two fronts. We have lost a grand total of one plastics bolt. The RM-Z was serviced regularly and therefore kept running absolutely perfectly as it is meant to.

The bike was washed and dried then kept in a warm environment so the EFI unit and connections never got damp and every moving part was greased and kept well lubed so all stayed smooth. We struggled to find fault with the Suzuki and even the occasional between gears moment does not detract from performance when Martyn rode the bike smooth and optimised the nature of the grunting, powerful motor.