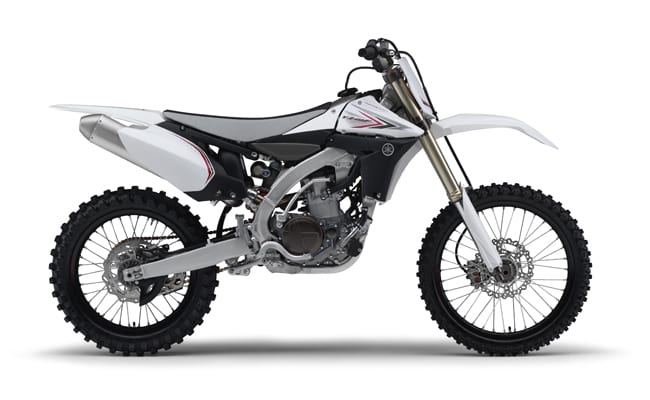 There’s been a lot of hype surrounding the 2010 Yamaha YZF450. Is it justified? You can bet your left tezzie it is!

I don’t really know where or how to start this test. I suppose I could start with superlatives and get plenty of them out of the way now – a barrage of the buggers. Awesome! Sublime! Stunning! Brilliant! Magnificent! Exceptional! I could go on with this for some time but I think you get the idea. So let me spell it out in another way. This is the best production motorcycle I’ve ever ridden. Ever!

It has to go down as the most innovative too – it’s bristling like a bear’s arse with exciting new ideas. Ideas that actually work and make a considerable difference, not just padded-out sales gimmicks like many things in our ever-expanding commercial world. The changes to this bike are best described as radical – there are hardly any parts that are the same as this year’s model and by god don’t you know it when you ride the thing.

I’ve been through all the science and technology (well most of it anyway) elsewhere in this article but how does that all stack up on the track? You should already have an idea from my opening paragraph but let me try and put that into a little more perspective and finer detail. To highlight how well Yamaha have done in centralising the mass and improving the handling I think this best sums it up – the bike is heavier than this year’s model but feels stupidly light and nimble compared with the 2009 machine! Magic?

It’s like you’re riding a large BMX bike with the smoothest, sharpest, almost automatic engine you can imagine. Ken De Dycker will have a field day on this thing and as for what James Stewart will be able to do on it boggles the mind. But the same goes for you too. The design objective was to build a bike that will make you a better and faster rider regardless of your skill level and they’ve achieved that – hands down.

It’s so easy to put this bike where you want it and the power delivery is sublime. This doesn’t feel like a 450 at all, just a fast 250F – a very, very fast one. The response is razor sharp to the point that it actually just feels like an extension of you such is the time between thinking about twisting the throttle and it actually working – incredible.

I turned some laps using the clutch out of turns and then some laps without using the clutch at all. The result? I was faster without it and that speaks volumes for this bike’s capability to make you a better rider. It has a completely different sound and such useable torque. It’s deceptively fast, more so than any other bike I’ve ridden and because of that you just ooze confidence in no time at all. I could hop, skip, pre-load over most of the bumps I decided to tackle that way. At one point I’d actually convinced myself that I could bunny-hop the thing!

The wide radiator shrouds aren’t even a thought in your head when you start riding it. All this stems from the weight feeling like it’s between your ankles and you’re not throwing any weight above your hips from side to side, I found standing up through turns much easier because of it but if I did decide to push into the seat and be more aggressive the riding positioning and handling allowed me to do so. I had to push it past my safety zone to try and make it slide, wash out or lose traction.

Obviously, the suspension has been re-jigged and the swingarm firmed up to tackle braking bumps and the little sharp edge blighters you find through turns but it’s hard to say if that’s a complete success. Not because it’s doesn’t do that but because it does it so well. With a combination of the new chassis and engine placement it could be that’s what’s really making the difference and giving this bike its stability and traction. I’d like to try the new suspension on this year’s model just to see how much better it actually is.

It’s plush (there’s hardly any bikes these days that aren’t) but more importantly it’s well-balanced, not only in movement but in rebound and compression. With the stock settings I pushed the thing into take-offs as aggressively as my fat, outta shape ass would allow around Budds Creek and other than speeding up the compression a little for a first ride it was close to the mark of how I like my bike set up. I currently weigh just over 13 stone (and growing!) soaking wet – I’m not sure what the average male weight is but I can’t be too far off it. Bottom line, in my first day on a new bike I felt like where I’d be after four to five proper test sessions so the starting point to get better results is a huge improvement.

They haven’t neglected the other components and controls either. It starts relatively easily – not first time, every time but more often on the second or third kick – whether it’s hot or cold. The clutch is wonderfully light but almost redundant as you only really need it for the start, to pull in or to rev it up for a good old spode-up in a pathetic attempt to impress a female marshal.

There’s now an oil sight glass instead of a dipstick which although nothing innovative is a nice touch. The gearbox is smooth, I never missed a gear or even got close to doing so all day and I found it very easy to select neutral when I wanted to. The cylinderhead cover is magnesium along with the clutch cover that has raised ribs so they’ll wear and it won’t look like you started to clean it with a wire brush and got bored halfway through. The majority of the plastic area where your boots are likely to rub has a textured surface so they also don’t scratch up as much (applying aftermarket stickers will be a bugger though). The brakes are about the only thing unchanged and to be fair they’re bordering on obsolete because you can throw this bike into a turn at speed and it just tends to stick. It’s just a phenomenal piece of engineering really.

Think Neil Armstrong’s famous moon landing speech here. This isn’t just a step forward for Yamaha, it’s a giant leap for motocross. I’d love to give it a perfect 10 but until they put an electric start on it, heated grips and an iPod holder it can only score nine. This definitely has raised the bar but as with most things in life, good things come at a cost. I personally see two of them. One is the £7,000 plus price tag, the other is a little more deep and philosophical.

This bike is so good it may just have taken a little bit of fun out of what riding a motocross bike is all about. I never once got a little buck wild or dangerous. Don’t get wrong, I don’t want a manic, drug-fuelled mistress (at least not just yet) but I don’t want the mumsy that’s keen for the missionary position once in a blue moon either!

One thing is for sure though, Yamaha have nailed their mission statement and all credit to them for that. As with their original ‘new era’ 400cc YZF four-stroke that burst onto the scene 11 years ago and when they were the first to unleash the monoshock on the mass market in 1981, Yamaha have once again been pioneering. This time though ‘backwards’ thinking really has accelerated them forward.