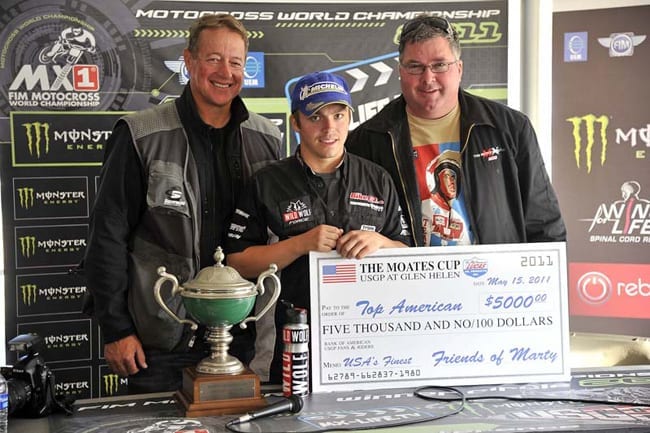 British MX2 champ Zach Osborne from Bike-it Cosworth Wild Wolf Yamaha was awarded with the special Marty Moates Cup this weekend in Glen Helen for being the best American classified rider in the Monster Energy Grand Prix of the USA. The American rider also won it last year so he will be able to keep it one more season until the 2012 US GP is celebrated.

The Marty Moates Cup is a special trophy created last year to commemorate the return to the calendar of the US GP after an 11-year absence. The trophy is in honour of the first American rider who won the US GP back in 1980 at Carlsbad. The trophy comes together with a $5000 cheque sponsored by Lucas Oil.