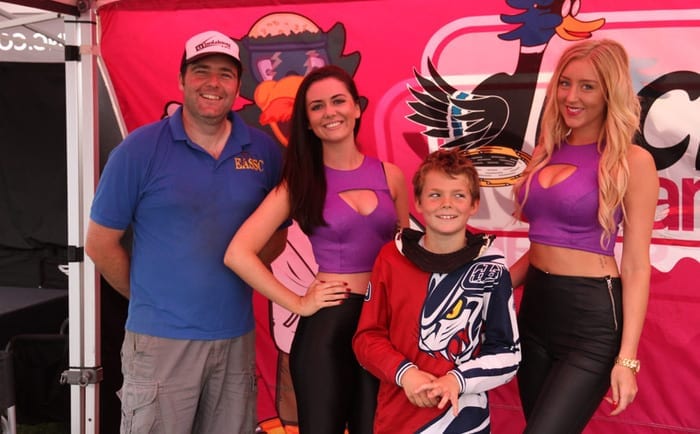 Cleaning brand Duck Smart, have re-opened their MXGP treatment competition, with promises of extra surprises, freebies and support for one lucky person to win.

The news comes, after the huge success of the 2013 competition, which was won by eight-year-old James Day. The young racer turned up to his EASSC two day event at Wakes Colne to find a crew of people and a huge pit set up, ready to clean, support, coach and prep for him over the weekend.

As you would expect Duck Smart was on hand to clean his bike and kit with their range of products over the weekend – leaving James to go to the line looking immaculate each time. On top of that he also went to the line with his very own brolley girls!

The competition is open to everyone as long as you race some sort of motocross. So it can be, minibikes, quads, sidecars, EVO, twin-shock or youth….

If you would like to sample what it is like to live the MXGP high-life, all you have to do is enter the 2014 competition, by sending an email to GPCOMP@DUCKSMART.CO.UK with you name, age, what and where you ride and why you think you should win by April 11.

So get yourself entered.