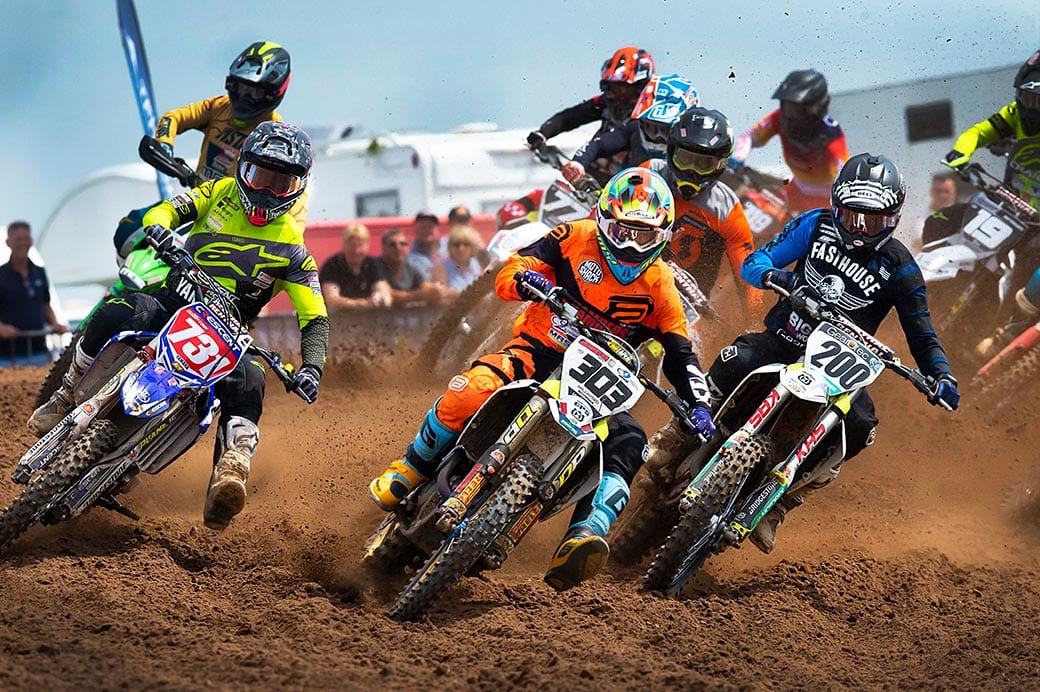 The rivalry between Jake Shipton on his Crescent Yamaha and Jake Millward and his Chambers Husqvarna, the two leaders in the MX1 Pro class, is set to continue the weekend at Whitby in North Yorkshire.

This weekend will be round four of the Bridgestone British Masters and six points only separate Shipton and Millward. But Elliott Banks-Browne, who is on the comeback trail after injury won both races at FatCat, the last round will be doing all he can to close that gap from the leader, and with ninety points up for grabs per round, it’s still all to play for.

It’s also tight at the top of the Pro MX2s with just 10 points separating the young Taylor Hammal and his RHR Yamaha and the experienced Crescent Yamaha mounted Martin Barr. But Hammel suffered a broken thumb at last weekend’s British championship round and will be out for the rest of the season.

Ashton Dickinson and Ben Franklin, who are both tied on championship points, are only thirty-five points behind so they are well within striking distance of the lead.

Like most of the other classes the fight for the lead in the amateur MX1s is tight with Adam Day leading Harry Bradley by just 16 points but unlike the pro classes four races over the weekend and with 45 points per race means there are 180 points up for grabs so things at the top can change very quick.

Oliver Benton will be out to extend his 17 point lead over Jack Rowland in the amateur MX2s, but there is a host of other riders such as Rory Jones, Ben Burridge, Todd Ritchie and lots of others – all will want a piece of the action.

Greg Fisher has a decent point lead in the clubman class and looks in control but one slip-up Mark Kinsley, Alex Harvey and Jason Queenan will be on him.

Just 13 points separate the top three in the 125cc class with leader Troy Willerton and two in front of Jordan Bachelor as Dylan Spencer id waiting in the wings to pounce.

In the youth classes, Ike Carter is in the lead in the MXY2s while Sam Atkinson has a 69 point lead over Arai Elcock in the Big Wheel 85s.

Mckenzie Marshall has a slim lead over Warren Clarke in the Small Wheel 85s while Freddie Gardiner and Charlie Richmond are separated by a single point in the 65s.

Remember riders, tear-offs are not allowed at this venue, so roll-offs only, please.

Entry for spectators is £10, £5.00 for concessions with children under 3 getting in free. Camping is at no charge.