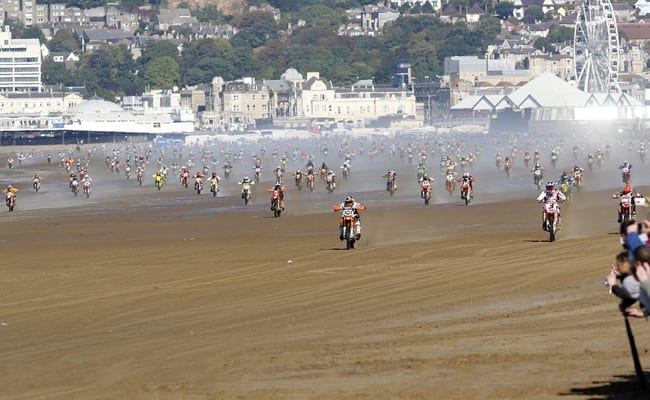 RHL Activities is excited to announce it has been working closely with the Grand Pier at Weston-Super-Mare for great offers and can now confirm there will be a ‘Party on the Pier’ on the Friday night of the RHL Beach Race, which is fuelled by Monster Energy, being held on October 7-9.

The Grand Pier will play host to a spectacular concert with the world-famous ‘Three Degrees’ who will be flying in from Philadelphia to perform at this exciting event. They will be supported by one of the UK’s best Motown acts so make sure you’re down at Weston-super-Mare with your dancing shoes on for a great night of entertainment. Tickets can be purchased from only £15.50 and if you visit the rhlactivities site you can claim a £5 ride voucher when you buy a ticket.

Not only that, the Grand Pier is offering half-price rides for race-goers from 5pm until 9pm on the Saturday. The pier offers the only genuine F1 simulator available for public use in the UK as used by F1 teams for training, the biggest indoor go-kart track in the South West, over 500 arcade machines along with traditional favourites such as dodgems and a ghost train.

With all of this off-track evening entertainment combined with the madness of the race itself and star riders David Knight, Brad Anderson, Paul Edmondson, Tom Church, Paul Winrow and so on taking on the biggest and baddest off-road event on the UK calendar, it’s a weekend not to be missed.

“I’m really excited about the Party On The Pier as it’s going to be a great night of soul and Motown music for race-goers,” says RHL Director Gareth Hockey. “The Grand Pier has come up with some great offers and we have been working together to make the race at Weston-super-Mare even better than ever.

“With the track, the racing, the pro riders and some great off-track entertainment, including half price rides on Saturday night, it’s going to be a great weekend festival for both the racers and spectators. We’re always looking at ways to take the event to new levels and this year is no exception. It’s going to be great.”