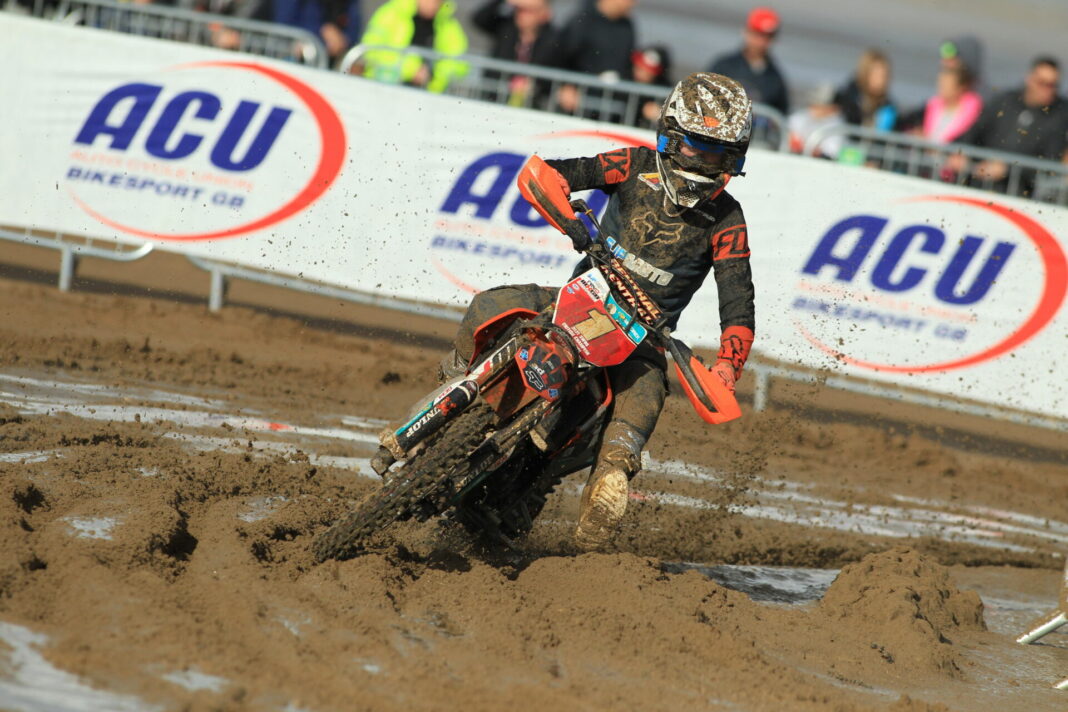 The pairing were both looking to round off the season in fine style after recently claiming titles at the Bridgestone Masters Championship, before heading to the North Somerset seaside town.

With wet weather forecast for most of the weekend, Billy and Reece headed out onto the beach in dry conditions on Sunday morning for the 85cc race as over 100 riders competed for the victory.

From the moment the starting gates opened Billy Askew was in fine form and pulled away at the front of the field as the pack went down the main straight. Closely behind Billy was Reece on his Small Wheel machine.

As the pair came round to complete the opening lap, Billy had a sizeable gap over teammate Reece and the rest of the field. With a clear track ahead, the pair were able to push forward and avoid the carnage on track.

The pair settled into a good rhythm and clicked off a number of fast laps during the early stages before entering the pits for a fuel stop and change of goggles. After a seamless stop, both riders returned out on track.

Billy continued to post fast laps and took the race win by one minute 34 from second place and the only other rider able to complete 25 laps of the race.

Reece was passed by a couple of Big Wheel riders in the second half of the race, but comfortably took the victory in the Small Wheel class and was over a lap clear of second place and two laps clear of the rider in third place.

The result capped off a fantastic season for both riders and the team as they now start to prepare for new challenges in 2022.

Team manager Leighton Haigh explained, “This has been another great weekend for both Billy, Reece and the team and comes off the back of the Championships success as the recent Bridgestone Masters.”

“Billy was faultless this weekend and pulled away from the rest of the field at the start and never looked back. Reece rode well and kept Billy honest at the start and was mixing it with the leading Big Wheel riders for most of the race. The result for Reece makes it a clean sweep for the lad after claiming the British Youth SW85cc, Bridgestone Masters SW85cc and the Weston SW85cc title.”

“The year has been a great success for the team, and we can’t thank all our sponsors enough and look forward to announcing our team plans for 2022 shortly.”