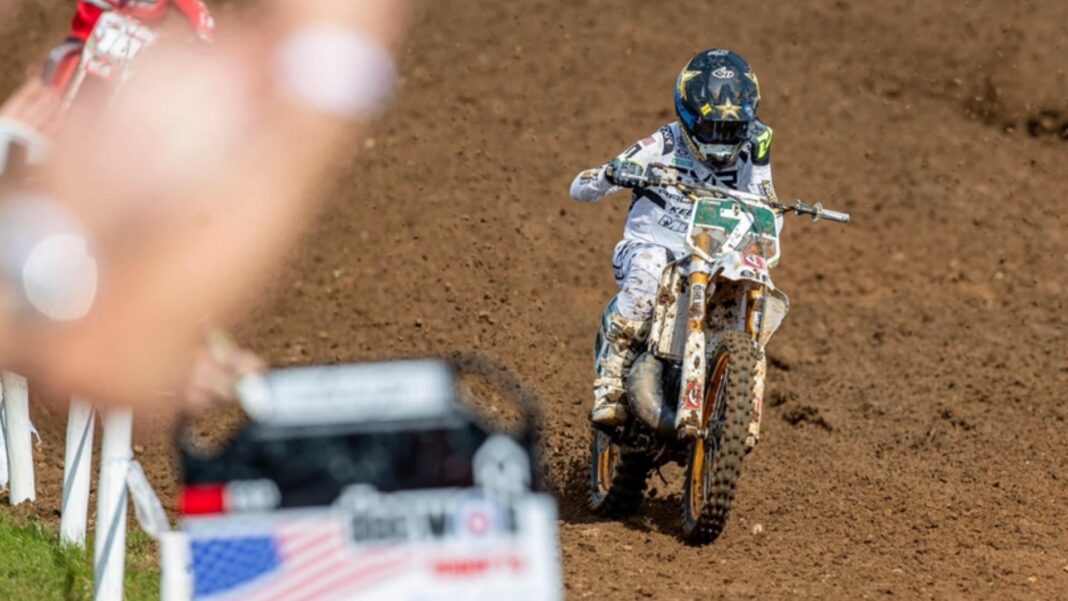 Mike Brown has confirmed he will be racing the VMXDN at Foxhill moto park on August bank holiday 2022 as part of the three man squad representing the USA.

The AMA champion will be racing the new event put on by Dave King, Docwob and the Langrish club. Brown has a long history with DocWob and Dave King has said he will continue to follow Rob (DocWob) to any event he is part of.

Brown’s career to date has been a spectacle of high-ranking results. Not only is he a former 125 AMA motocross champion, but he’s also two x British champion, Four x X Games gold medal winner and six times ISDE enduro gold medal winner! Not to mention being the man to beat at the vintage races he’s attended previously.

Mikes choice in clothing – FXR are stepping up and bringing him to the event, as a sponsor they will have a strong presence during the event, they are using the opportunity to launch their 2023 range live on Friday evening.

This will be the only UK Vintage race that Brown attends in 2022. 90’s and 00’s racing holds a lot of memories for Mike and with the special bikes behind him he will be a force to be reckoned with! There will be fierce competition lining up with him which will be revealed in the coming months. We can assure you the racing will be intense with superstars from across the world descending on the Wiltshire track.

Tickets will be available to purchase shortly with camping available from the Thursday to the Monday, via the VMXDN social media channels.