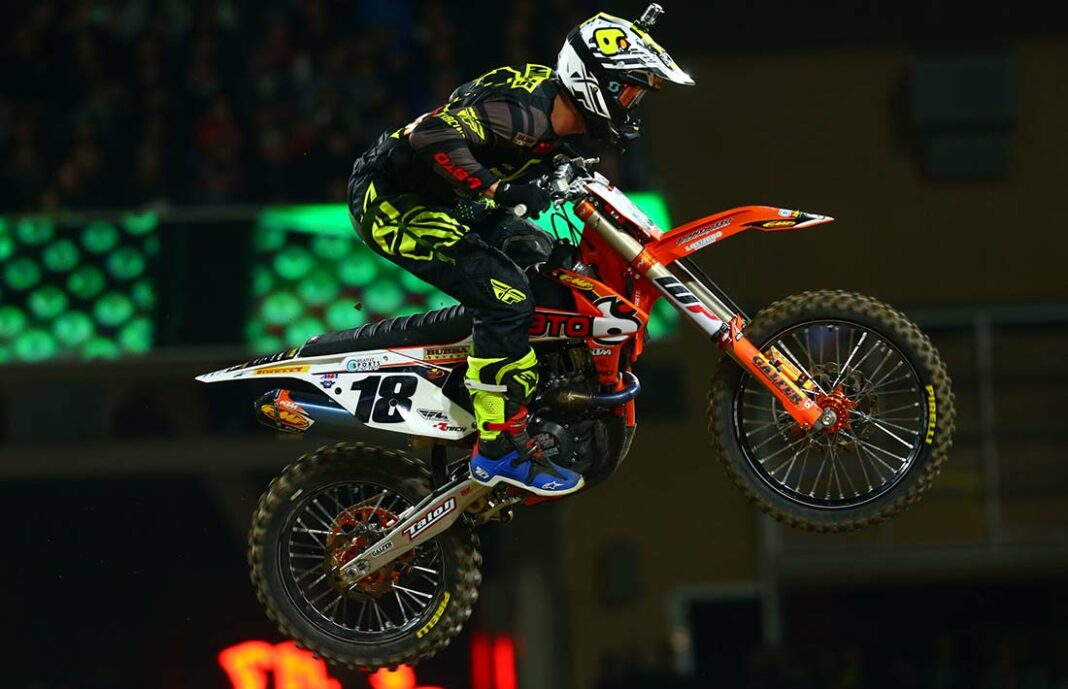 On Sunday night after the Anaheim Supercross, thieves broke into the BTOSports-KTM-WPS race trailer and made off with thousands of dollars of equipment.
It’s all my dime and it’s my dollar…and the insurance is nt covering any of it

While the race bikes were luckily stored safely inside the race shop, a massive assortment of parts and tools were taken out of the rig.

Team owner Forrest Butler and his crew went into scramble mode to get ready for San Diego 1. Meanwhile the police and industry went on a hunt to find the culprits and the parts.

Surveillance video helped identify one of the thieves, but he remains on the loose, and the team is still looking for the equipment.

At San Diego, Butler gave an interview to Racer X and he explained the current situation, named some parts that helpful fans in the Southern California region can be on the lookout for.

And if you think that this is no big deal and that either the insurance will cover it or that this is a drop in the bucket for KTM, you may want to think again. “We’re a privately run team,” Butler explains. Adding: “It’s all my dime and it’s my dollar…and the insurance is not covering any of it.”