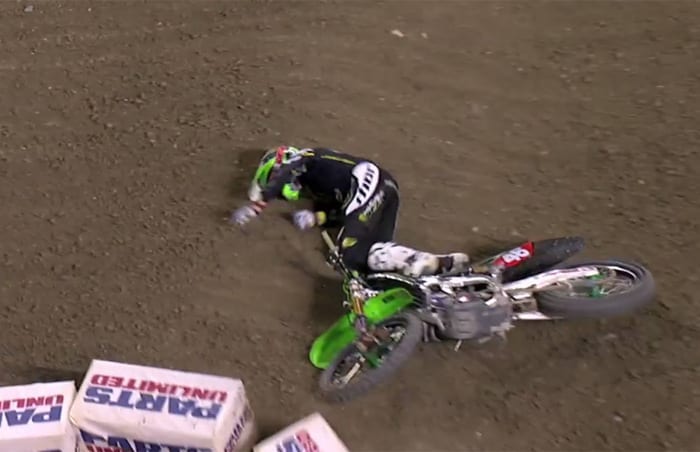 Success in Monster Energy Supercross isn’t conventional by any means. Talent can go a long way, but dedication and confidence is the ultimate defining factor. It’s what allows an aspiring young rider like 250SX Class East rider Adam Cianciarulo to be tabbed as the next great superstar, and it’s what helped Kevin Windham establish himself as one of the all time greats, extending his racing career well after the age of 30, when most riders have already walked away.

In his rookie season of Monster Energy Supercross competition, Cianciarulo is already one of the sport’s biggest names after amassing arguably the most successful amateur career of all time. He entered the season with high hopes of a championship and was instantly successful, winning his first career 250SX Class Main Event and leading the title fight up until an injury brought his season to a premature end. Cianciarulo has handled the pressure of the spotlight well despite his inexperience, thanks in large part to his amateur pedigree. He speaks like a seasoned veteran and his drive is something that hasn’t been seen in many years.

“Your legacy is defined right now,” said Cianciarulo, showing his understanding of the position he’s in. With three wins in six career starts, his future looks bright and he looks more than ready to step up as the face of the sport.

Windham is one of the most beloved riders in Monster Energy Supercross history. Stepping away from the sport at the start of the 2013 season, he’s maintained a presence since his retirement, but making that decision wasn’t easy for the Louisiana-born rider. Windham was dedicated during the dominant Ricky Carmichael era; he remained at the forefront of the sport even after his rival retired. His ability to find success despite giving up more than a decade on many of his younger counterparts is legendary in its own right and it’s why he continued to race well beyond when most would call it quits. The decision to finally bring his career to an end was difficult for Windham, but he’s remained a star thanks to his affinity for the fans and his genuine love of the sport that gave him a memorable career.

This is an inside look of Monster Energy AMA Supercross, an FIM World Championship, and the trials and tribulations that these top athletes endure in their pursuit of excellence.