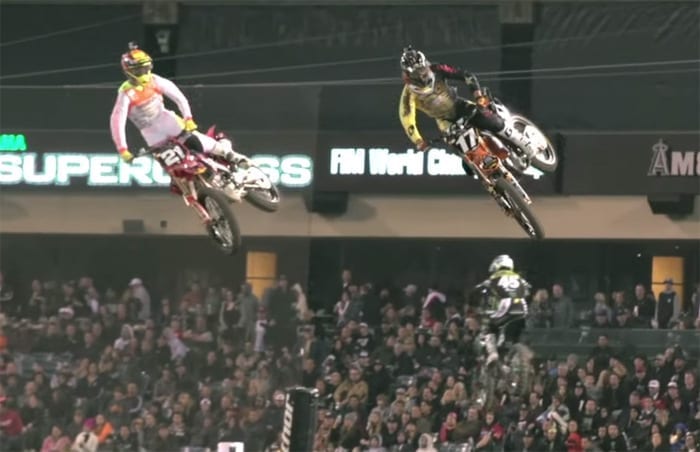 Since Ricky Carmichael burst onto the scene at the start of the new millennium, the riders competing in Monster Energy Supercross have emerged into some of the most well-respected athletes on the planet. As a result, the path to success is more challenging than ever before as natural talent alone no longer guarantees achievement.

Today’s riders must work just as hard off the track as they do on it and after years of coming close, both Cole Seely and Jason Anderson are finally in a position to earn a long awaited championship. This duo has consistently stood above the rest in the Western Regional 250SX Class Championship in 2014, but it took a few years of shortcomings, hard luck, and doubt to forge a mental toughness that has allowed both riders to become title hopefuls.

Since making his move into the premier 450SX Class on the heels of a Western Regional 250SX Class title in 2011, Jake Weimer has battled to make the most out of his opportunity to ride for a factory team at Monster Energy Kawasaki. Racing under the shadow of defending three-time Monster Energy Supercross Champion Ryan Villopoto since joining the team, Weimer has experienced the harsh ups and downs of the sport while his teammate and friend has emerged as the sport’s most dominant figure. In need of a fresh start, Weimer has gotten married and established his own routine in hopes of achieving the success he’s worked so hard to obtain during a contract year.

Reed has already established himself as one of the greatest riders in the history of the sport and carries the distinction of being the most successful international rider of all time, but the Australian endured his toughest season in 2013, both physically and mentally, forcing critics to suggest he should retire at age 31. With his own name at stake at TwoTwo Motorsports, Reed refused to quit and entered the 2014 with arguably more motivation and preparation than ever before. His rejuvenated outlook on racing made age nothing but a number as Reed set out to prove he’s still got what it takes to be considered the best in the world.

This is an inside look of Monster Energy AMA Supercross, an FIM World Championship, and the trials and tribulations that these top athletes endure in their pursuit of excellence.